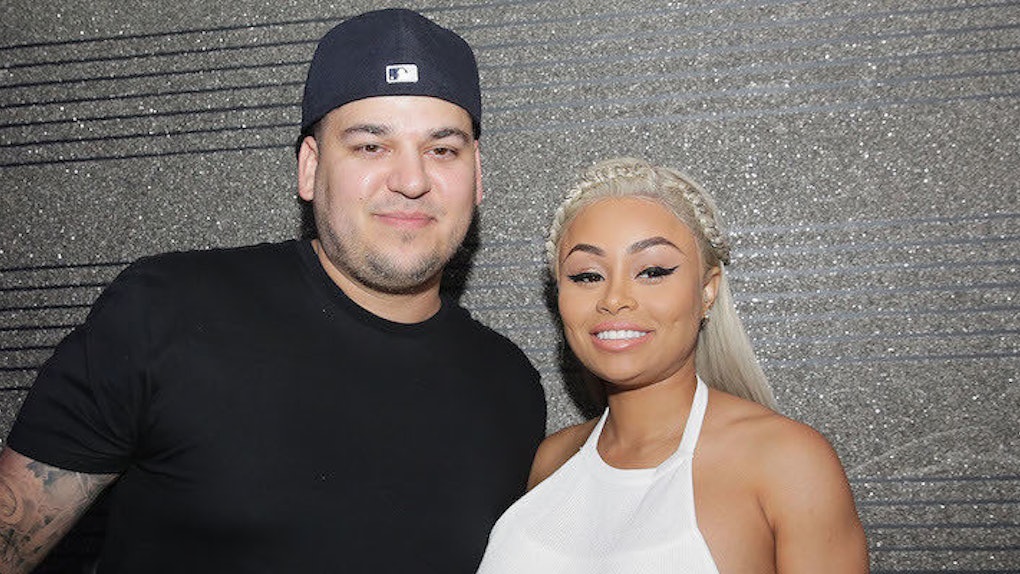 Carrying a genetic relative of Kim Kardashian in your womb is one thing, but the true test of family lies in taking over her social media presence when she can't do it herself.

Kimmy is still recovering from the Paris robbery that shook her sense of safety and cost her over $10 million in stolen belongings.

Her most devoted fans check daily for her return and may be psyched to see some action on her app this week. Blac Chyna and Rob Kardashian are taking over, starting with Kim's “Currently” questionnaire.

She's DRINKING iced tea while she LISTENS TO Miguel.

Same. Miguel and iced tea are both delicious.

She's WEARING nothing while she WAITS to meet her daughter.

That way, when it's time for labor, everything moves a lot more quickly.

I don't believe either of these, but fine.

Her CHYMOJI MOOD is pregnant AF.

Kim isn't the only sister Chyna's bonded with on a social-media-takeover level. Khloé Kardashian revealed, during a visit to “Jimmy Kimmel Live” last week, the expectant mom is ready to raise her baby with Aunt KoKo.

She told the host,

Chyna keeps going, 'Are you ready? We're having a baby!'… But we meaning, her and I. And I'm like, 'Ah yes,' laughing it off, and now I'm beginning to think, 'No, she's really serious.' Like, it's really her and I.

To be fair, that sounds like a dope co-parenting situation.

Citations: Rob Kardashian and Blac Chyna Take Over Kim Kardashian's App: Here's What We Learned (Us)