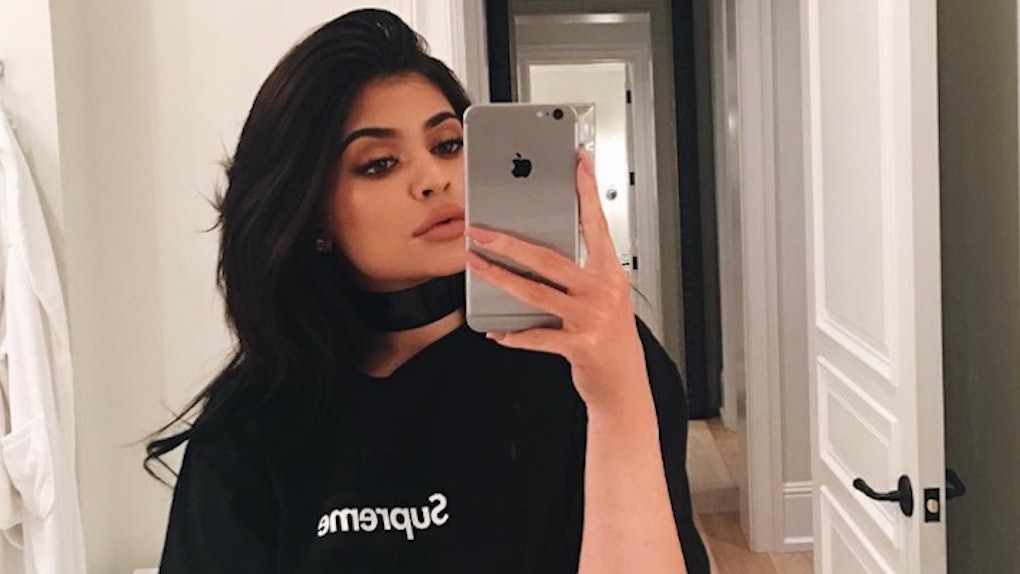 Kylie On Blac Chyna's Baby: 'I Can't Stop Looking At Her'

It's official: Blac Chyna has given birth to her first child with Rob Kardashian.

The 28-year-old star gave birth to Dream Kardashian on November 10 at around 9:18 am. E! News reports that Rob Kardashian, Blac Chyna and her mom Tokyo Toni all arrived at Cedars-Sinai Medical Center in Los Angeles.

Shortly after, other family members such as Kris Jenner, who arrived with her beau Corey Gamble, showed up to welcome little Dream into the world.

It's that just beautiful?!

But let's face it. Everyone wants to know how Kylie Jenner's taking this whole thing.

After all, Tyga is Blac Chyna's ex so it wouldn't be too surprising if there were some awkward feelings.

Well, drama fiends, you're not going to get what you want this time around. Kylie sent out a sweet tweet on Twitter about Blac Chyna's new baby and admitted that she "can't stop looking at her."

Naturally, fans began freaking out and just wanted to see a photo of Dream Kardashian.

Can you blame them?! We've been waiting nine whole months for this moment.

Luckily, a photo of little Dream Renee Kardashian was posted to the official Instagram account for "Keeping Up With The Kardashians."

Look, you can hate all you want, but Dream is actually pretty awesome name.

I mean, this whole thing has to be pretty dreamlike for both Rob and Chyna. They went from being probably the last people you'd ever expect to get together to America's newest celebrity couple.

Now, they're engaged and have their very own reality show together.

On top of that, Chyna owns her own beauty company and just bought herself a new Rolls-Royce.

And FINALLY, they just had their baby Dream Renee Kardashian. That sounds pretty dreamy to me!

After all, Chyna looked like she was seeing stars in the video she posted on Instagram while giving birth...