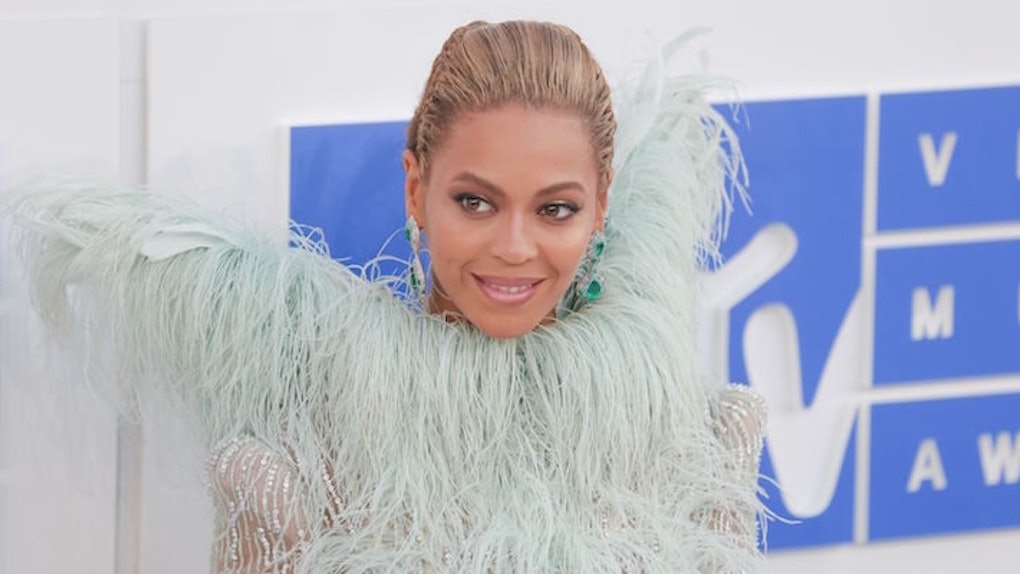 I mean, they are literally wearing matching angel outfits. BECAUSE THEY ARE BOTH LITERAL ANGELS.

But even though Blue Ivy Carter may possibly be the most glamorous 4-year-old in the entire world, she is still a 4-year-old, and Beyoncé is still her mom.

And sometimes, even when you're on the red carpet, you need your momma to give you a talkin' to.

Was Bey threatening to pop off?

Or maybe she was comforting Blue for the lack of interesting entertainment for a 4-year-old?

This night must be so boring for her already!

Maybe Blue needed a warning for what was to come.

To be fair to Beyoncé, the whole world IS watching.

Hang in there, Blue Ivy. Only four more hours to go.