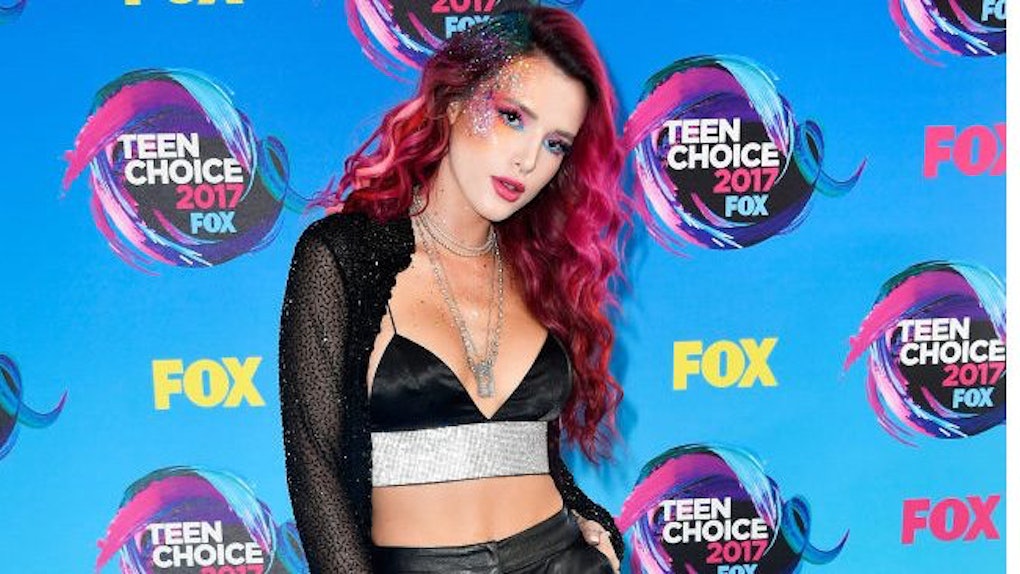 Bella Thorne, the beautiful actress and up-and-coming superstar, is on the cover of the newest edition of GQ Mexico, and everyone is freaking out. Stars all over the world pose on magazine covers, but it's rare for celebrities to share photos of themselves with zero photo edits. However, Thorne shared a sneak peek of the GQ cover without edits on her Instagram page, and it's racy in all the best ways. The magazine shoot features photos of Bella Thorne completely naked.

That's right. The photos you're looking at were not edited. Even though Thorne makes it look easy to pose nude for the camera, she has her own insecurities on the subject. She wrote to followers on Instagram,

I specifically asked for no retouching on this photo and lemme tell you I have insecurities, about pretty much everything. That's natural & that's human. You might look at this photo and think oh shush Bella, but just know everytime someone looks in the mirror they simply don't see what everyone else sees. Know that it's completely normal to feel insecure and it's accepted. honestly, I wish everyone talked more about their insecurities so more people in the world could know they aren't alone. That it's ok.

The starlet continued to call out unfair beauty standards by adding,

I'm here to tell you that's right I'm not F*ING PERFECT. IM A HUMAN BEING AND IM REAL. So hip hop your asses over the fence and GET OVER IT.

Thorne posed for another cover shot in a see-through gown while staring up at the camera from a steamy bathtub.

Of course, the most talked-about photo is the one with Thorne fully naked (and I do mean fully), sitting on a chair in what appears to be a bathroom. The only things she's wearing are a diamond bracelet and a very tall pair of black heels.

Fans really loved the photo shoot. One fan wrote, "I honestly love how confident @bellathorne is like she doesn't care what anyone says she still loves life to the fullest."

I suppose the storyline of the photo shoot is that Thorne checked into an extremely nice hotel, took a bath in all of her clothes, took off the wet clothes (except the heels, of course), threw on some leather bondage to walk around pensively, and ultimately decided that a robe is the most comfortable option. Hey, I totally get it. I basically live in my robe.

Thorne has always been aware of the sexual "shame" that's forced upon young actresses. In the November 2016 issue of Playboy, she stated,

Thorne is only 19 years old, but already so, so famous. She reportedly dated Scott Disick briefly, so she's definitely been in the spotlight several times. What will come next?