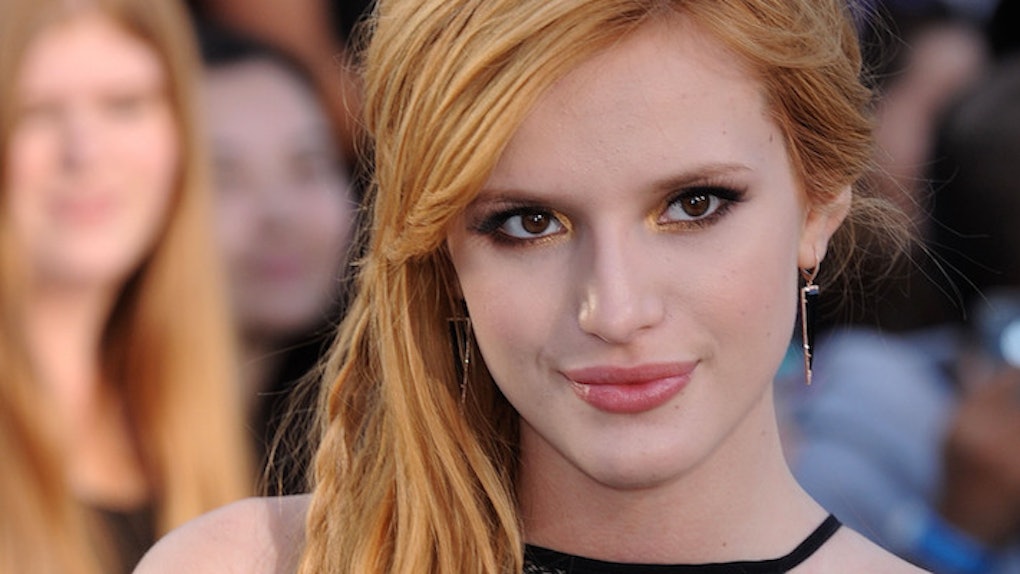 Through her breakup from boyfriend Gregg Sulkin and her Snapchat post announcing her bisexuality, Bella Thorne's diehard fans have always supported her.

Bella appears in the November 2016 issue of Playboy and, in a No Filter segment shared on the magazine's website, insists the pressure to adhere to others' expectations can be pretty outrageous.

Bella, who posed in full satiny glory in a jacket by Catherine Fulmer and blue high-waisted pants by Squaresville vintage, isn't heading for a social media blackout anytime soon, though she admits places like Instagram are breeding grounds for intense criticism.

The "Amityville: The Awakening" actress said,

I'm not fed up with social media — I understand it — but people like to comment on how my image is too edgy, that *I'm* too edgy, and on how they wish I looked. It's a lot of 'do this, don't do that.' To them I say, fuck off.

At just 19 years old, Bella has plenty of growing and getting to know herself left to do, so avoiding the influence and toxic opinions of virtual strangers remains a priority to the Florida native.

It can be difficult to get yourself to focus on you all the time, especially when you're trying to transition into who you really are, but I'm not going to change for anybody else. I love staying true to me.

Bells is also hyper-aware of the sexual shame that often plagues young actresses (especially those whose careers were founded in the shadow of two cartoon mouse ears) after they've grown up.

Honestly, you don't have to tell me twice, Bell.

Citations: No Filter: Bella Thorne Has a Message For Her Haters on Social Media (Playboy)