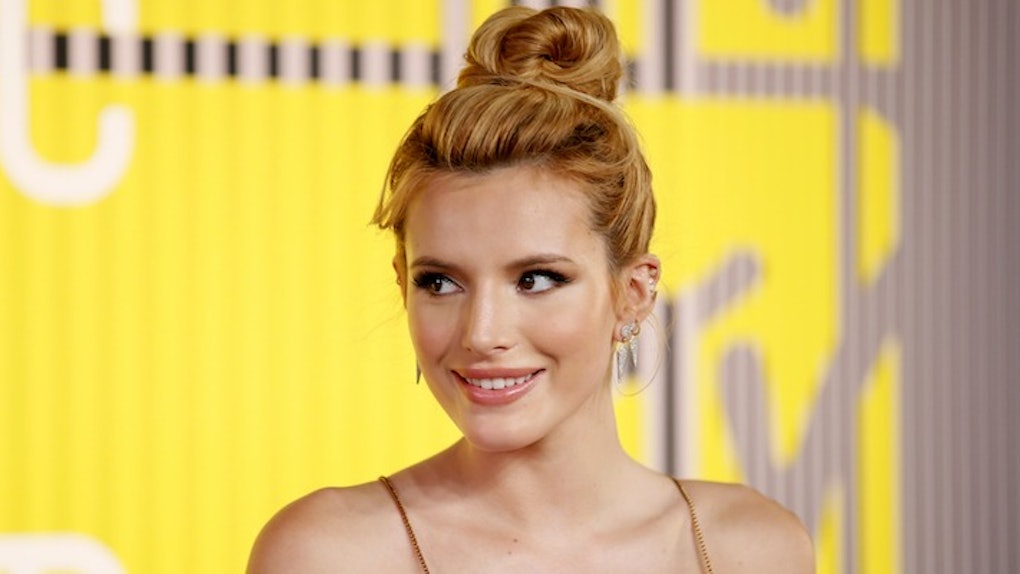 Bella Thorne Came Out To Her Fans As Bisexual On Snapchat

If you've been following Bella Thorne's rollercoaster of a love life this year, you know the 18-year-old actress has been dealing with A LOT.

Last year, Bella and her then 24-year-old boyfriend Gregg Sulkin were everyone's ultimate #RelationshipGoals. They just look so picture perfect.

But since then, Thorne's love life has evolved immensely and their 15-month relationship is no more.

A couple of weeks ago, the young Hollywood couple mutually ended their relationship on good terms.

Both Gregg and Bella issued a joint statement to E! News about the split, saying,

Our schedules made seeing each other difficult, and we decided that, for now, this would be best.

After the split, Bella Throne's love life evolved when the actress took to Snapchat to reveal that she is, in fact, bisexual.

Thorne's initial Snapchat post was of two polaroid pictures that showed her kissing an unidentified woman.

According to Daily Mail, Bella posted the revealing photo on Snapchat on Monday night before confirming on Tuesday that she now identifies as bisexual after fans began questioning her sexual orientation.

Bella Thorne responded to the tremendous amount of support and acceptance she received from fans following the news.

As for her ex-boyfriend Gregg Sulkin, well, he tweeted a photo of him playing basketball in his pool shortly after the news broke.

All in all, it looks like the young couple actually figured out how to abandon their bond on good terms, something many couples understandably have trouble doing.

Congratulations on starting a new chapter in your life, Bella!