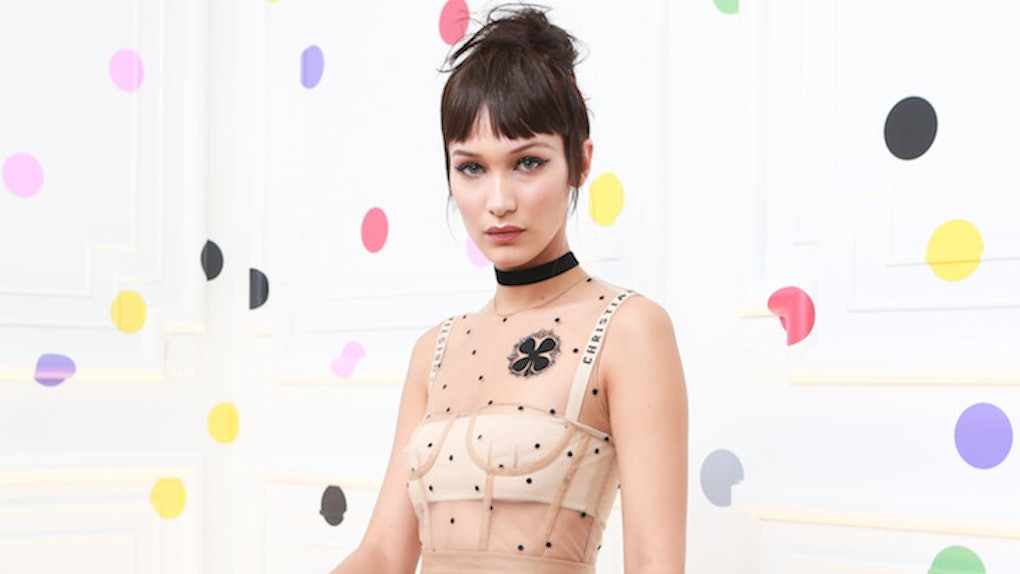 Bella Hadid Opens Up About Her Weight: 'I Want My Ass Back'

If you need one reason to watch the Victoria's Secret Fashion Show this year, it's Bella Hadid.

The 20-year-old model will be joining the Victoria's Secret Angels for the show in Paris, but she wants you to know that her road toward gracing prestigious runways around the world has NOT been easy.

Bella has "lost and gained weight" trying to achieve her already perfect figure. Still, critics continue to judge her and criticize her body.

During a recent fitting for the VS Fashion Show, Bella Hadid spoke to People magazine, saying,

Bella just wants people to be as happy with her body as SHE is! Is that so much to ask for?! Oh, and she wants boobs and her ass back. Other than that, she's happy.

I worked out so hard and everybody is like, 'Oh, she looks so skinny blah, blah, blah.' But I think that if you just stick to something you can really achieve so much. I've been eating hard protein every day, and working out for three hours every day. It's crazy but I think that you know if you set your mind to something I think you can succeed.

So, aside from working out and watching her weight fluctuate depending on her fitness regimen, how exactly does she go about maintaining her figure? Bella added,

I like to eat healthy and not eat crazy plane food. I like to still make sure my diet is good and I stay hydrated and stuff. That's basically all I do.

There you have it: the fitness secrets to Bella Hadid's success!

The 20-year-old model and younger sister to Gigi Hadid went on to talk about how the general public perceives models as these unbreakable beings with zero insecurities when, in reality, that's not true,

When asked about her biggest insecurity, Bella admitted, "I wish my ass was bigger." Will someone just go down to the butt store and get this girl a bigger butt?! Is that so much to ask for?!

Citations: Bella Hadid Says She 'Didn't Mean to' Lose So Much Weight: 'I Want My Ass Back' (People)