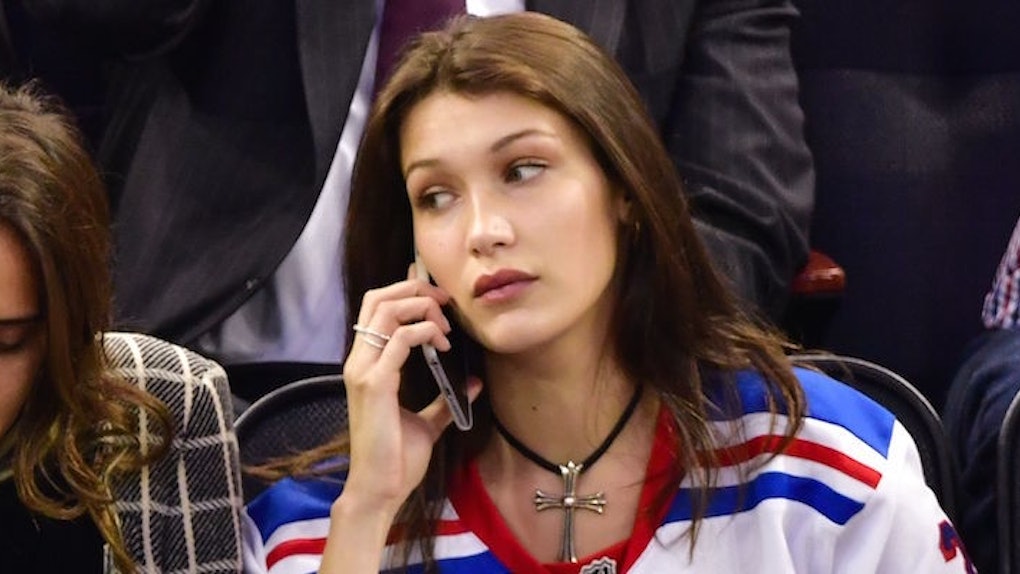 The Victoria's Secret Fashion Show shoots November 30, giving Bella Hadid a mere two weeks to perfect her smile for her first walk down the VS runway.

The 20-year-old took time during a fitting in New York to tell PEOPLE,

I am not a very good smiler on cue. I have to practice that a lot.

Some may assume walking in heels and dodging ornate wings would be the toughest part of the show, but Bella admitted it's the smiling that has her stressed.

On the runway for high fashion you just don't really think. You just walk and it's an everyday thing. You do so many shows a day that it's kind of you're showing off the clothes… [The Victoria's Secret Fashion Show] is about personality. It's about the lingerie, but you also have to keep a smile on your face. You have to interact. It's a different experience than I am really used to. I think that's why everybody gets so nervous for this show because it's so different but it's such an amazing experience and a learning experience.

Frankly, it remains unclear whether smiling is actually a weakness for Bella. I mean, look at all these smiley pics.

This smile could light up a starless night sky!

Can't keep herself from cheesin' hard at the Lakers game!

Nope, that's not the Snapchat filter doing all the work -- it's Bella's toothy grin!

Once the dessert tower hits the table, you KNOW Bella breaks out into an ear-to-ear smile, just like this one!

A Parisian getaway among the wildflowers would put a goofy grin on anyone's face, but especially ol' Bel's!

We get it, already, Bel! You love to smile!

Save some smile space for the rest of us!

Girl, you're a smile FREAK!