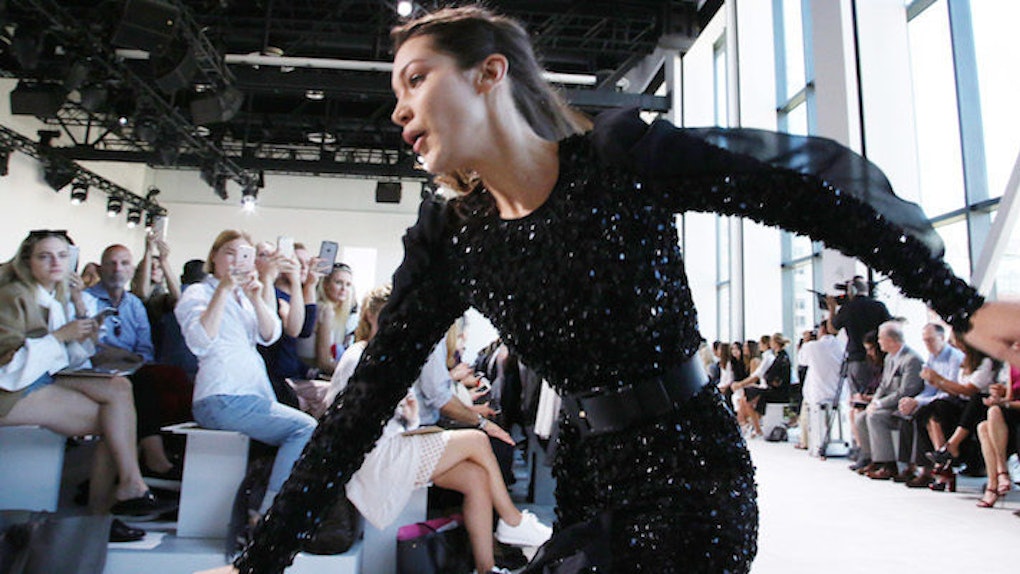 Bella Hadid Fell On The Runway During NYFW, But Recovered Like A Pro

God bless Bella Hadid. She's just trying her best out there, everybody.

We all have our bad days. It's practically science. Babe Ruth had games where he didn't hit home runs, Mario Batali burns his chicken occasionally and Robert De Niro was in "The Intern."

It doesn't matter if you're beautiful, smart, funny or, as we found out today, your last name is Hadid, you are bound to screw up.

Unfortunately for Bella, sometimes that mistake happens in front of a butt-load of people during fashion week.

Aaaaaaaaaand, here is another angle.

The tumble took place on the Michael Kors runway during NY Fashion Week where Bella was walking alongside other models Kendall Jenner, Romee Strijd and Joan Smalls.

Sienna Miller and Emily Blunt were also reportedly in the crowd when she took the spill.

Thankfully, though, Bella recovered like the god damn champion of the world she is and walked her way through the rest of the show.

That isn't to say she didn't damage herself slightly during the fall.

Shake it off, Bella! You'll get 'em next time!

Citations: Bella Hadid Takes a Tumble on the Runway During NYFW but Recovers Gracefully See the Pics (ET)