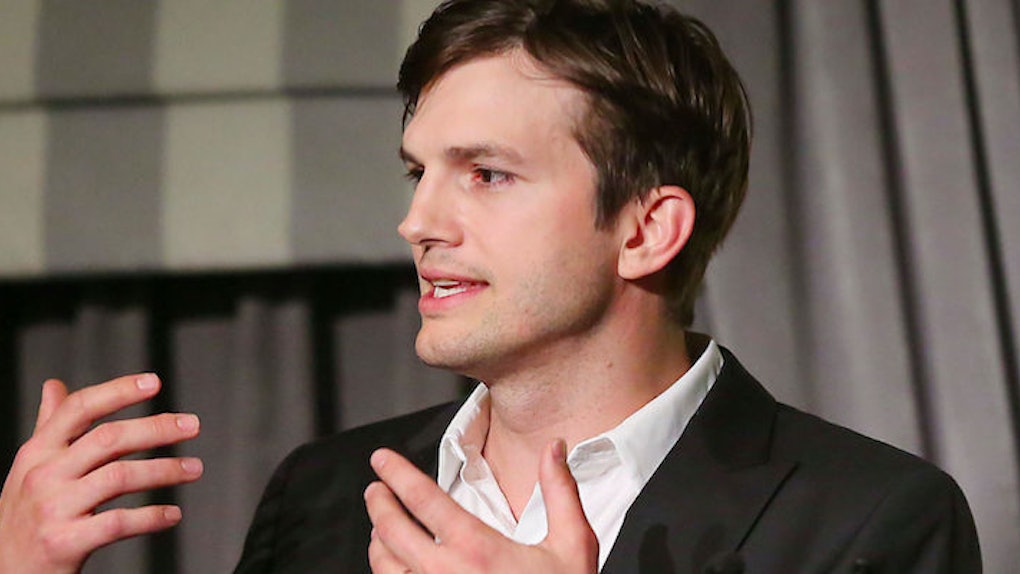 Ashton Kutcher Says It's His Job To Protect His Daughter

Ashton Kutcher has a particular set of skills -- skills acquired over a long career.

One of those skills? Protecting his daughter from the worst group of nefarious ne'er-do-wells imaginable: people involved in the entertainment industry.

OK, so maybe showbiz professionals aren't in the same category of miscreants as those Albanian kidnappers from "Taken," but fame can be a fickle and destructive force at times, especially for child stars.

Take me, for instance. I was on an episode of "In Person with Maureen O'Boyle" once when I was 8 years old, and it scarred me for life. My ego is still extremely enormous.

This is why Ashton has resolved himself not to force his 2-year-old daughter Wyatt into the industry. If she wants to become the acting wunderkind we all think she would be, that'll be up to her.

In a recent sit down with ET's Sophie Schillaci on Saturday at the Back Porch Revival Show, Ashton made it clear that he and Mila Kunis would be letting Wyatt choose her own path, saying,

"Hello, local trophy shop? I need a plaque to be engraved with the words 'Best Dad Ever.' No, I will not be sending it to my father this year. This time... it's goin' to Ashton, baby. Hello? Did you hang up?"

In all seriousness, keeping Wyatt out of the limelight is the best approach possible. She needs to make up her own mind and heart about what she wants to do with her life!

Citations: EXCLUSIVE: Ashton Kutcher Says He Wants to 'Protect' Daughter Wyatt From Show Business: 'It Is My Job' (ET)