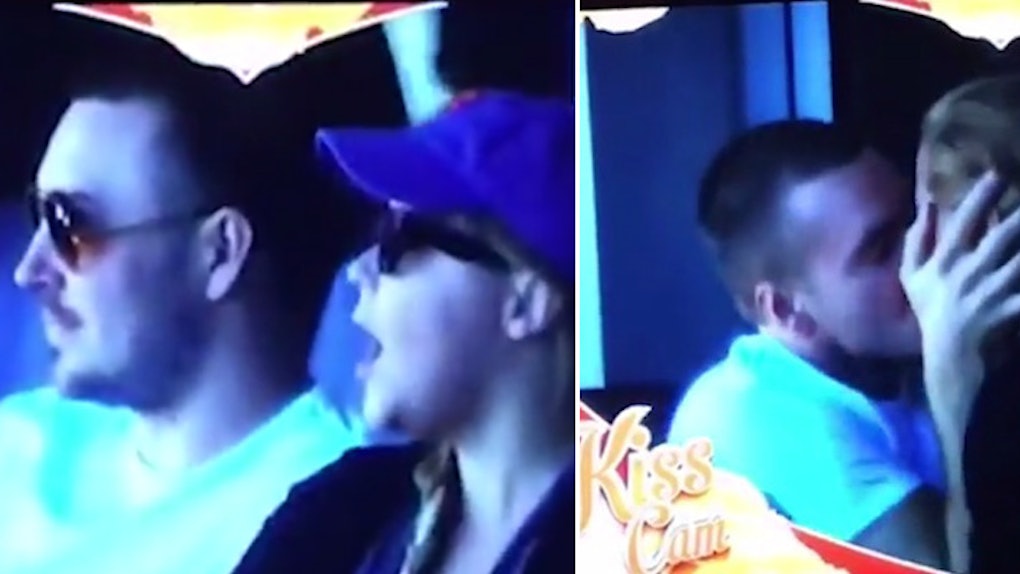 The Mets may have lost on Saturday, but Amy Schumer still won the game.

The comedian hit up Citi Field to cheer on her New York team while they played against the Philadelphia Phillies.

She brought a happy bunch with her including Jerry Seinfeld, Jonah Hill and Matthew Broderick. She also sat with her father, Gordon, and her boyfriend, Ben Hanisch.

From the photos and videos, it looks like everyone had a fun time. Look at this smiling girl! Drink up, buttercup.

At one point, Amy was even featured on the Kiss Cam.

Hellz yeah, Amy and her man got to share a kiss onscreen and they went totally wild.

When the group first appeared on camera, Amy immediately turned to her father to give him a quick kiss on the cheek.

After that adorable moment, Ben and Amy ripped off their hats and sunglasses and went ham on each other's face.

THIS IS COUPLE GOALS, Y'ALL. I just love them so much.

This had to be planned or something -- Ben was just so ready to go.

I mean, he is dating Amy Schumer. The guy's gotta be constantly on his toes for whatever she throws his way.

Next time I have a boyfriend (if that day ever comes), I'm gonna take him to a baseball game and make him kiss me 'til my face falls off.

Back to Ben and Amy. The two are a prettyyyy cute couple. We haven't seen too much PDA from them, but they've had plenty of adorable moments.

Like this one. Look at them just traveling the world together. Ugh, young love.

Seriously, they're the best. I would gladly third-wheel them any day.

Amy and Ben, thanks for showing us how to really make out at a baseball game. I'm taking notes and will hopefully have my big kiss soon.