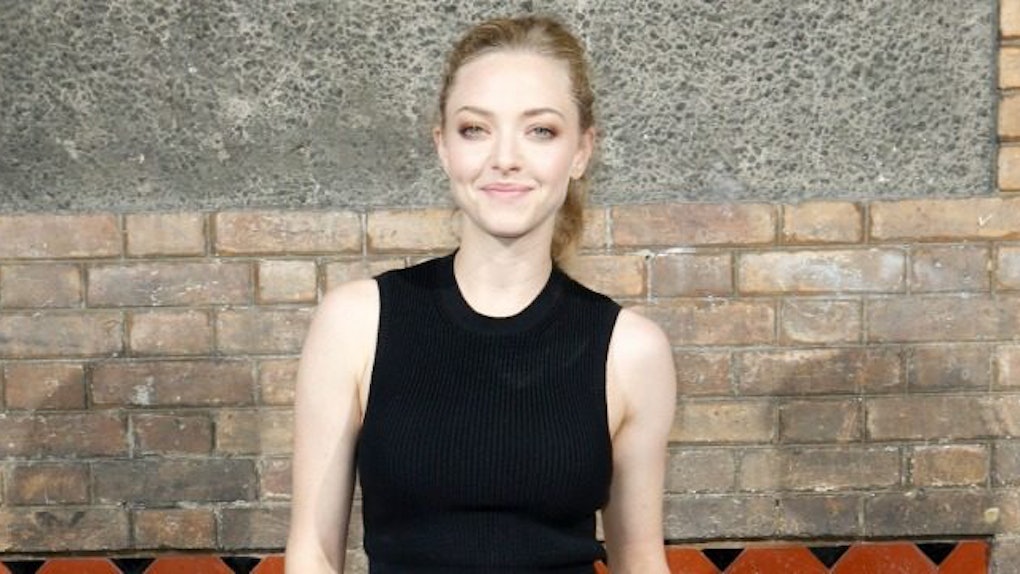 Amanda Seyfried is low-key one of the coolest women in Hollywood.

At the end of last year, the 31-year-old actress announced she was pregnant with her first child and engaged to her "The Last Word" co-star, Thomas Sadoski.

Now, the woman who first made her way into our hearts for her role in "Mean Girls" is making headlines once again after gracing the cover of the February issue of Vogue Australia.

The 31-year-old mother-to-be looks absolutely stunning in a pink crop top and gray ruffle skirt. She may be pregnant, but I challenge you to spot the baby bump in this photo.

In the interview with Vogue, Amanda Seyfried opened up about her upcoming wedding and how she's feeling as she prepares to become a mom.

I've never been excited by anything more in my life. And ready.

Speaking about the actual day she plans to tie the knot with Thomas Sadoski, Seyfried said,

I don't want to be the center of attention. I get to go to premieres and get dressed up all the time. I went to the Met Gala last year in a wedding gown designed by Riccardo Tisci; I've played a bride a billion times.

Interesting. So, will she even wear a white dress?

According to DailyMail.com, Amanda Seyfried said,

I don't want a white dress! I've worn so many of them. […] The fact is, that kind of stuff is less about the ceremony and more about the commitment. So it's like children. That's where it's at, right? For me. But it's different for everybody.

Well, there you have it!

Amanda Seyfried definitely killed it on the cover of Vogue Australia, but it's important to note there's a very real person behind that smiling face.

Last year, in an interview with Allure magazine, Seyfried opened up about her choice to take OCD medication. She said,

I've suffered massively because I felt alone, crazy, and like I was stuck in this hole. I didn't understand because I was too fucking young. I took that on for my teenage years. And I had a pretty healthy childhood. … But I was haunted by my OCD and it would flare up and affect all aspects of my life.