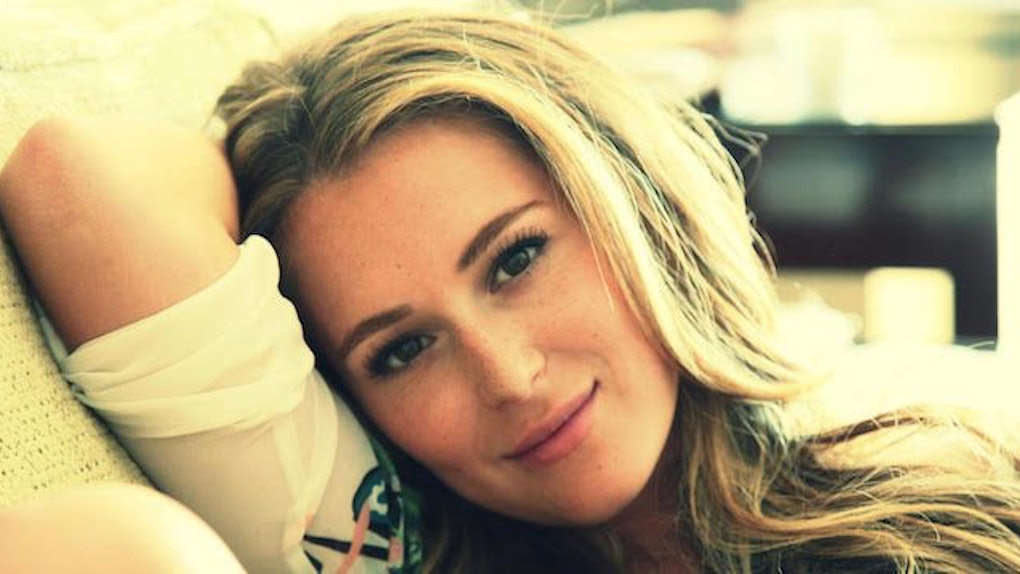 Alexa PenaVega Dishes On Life After Becoming A Mom

It's been 16 years since "Spy Kids" star Alexa PenaVega became the envy of every kid who wanted to rehydrate an entire McDonald's value meal, and she's still living life on that same frequency.

No, she's not still working as a child spy — that'd be weird, now — but she's raising a potential future one.

It feels like just yesterday it all happened, but at the same time it feels so long ago. Every day… they discover things throughout the day that they didn't know a day prior. Like, him discovering his hands and grabbing things. I mean, I kept telling Carlos, 'Look at how he's grabbing it! Look look look look!' It's mind-blowing, watching him develop. It's kind of become our TV.

Alexa partnered with Clorox for their Springvent Calendar, which offers tips and tricks for messy Melissas who would rather throw themselves head-first off a packed Ferris Wheel than tackle a list of chores.

I am the messiest person. It's an organized mess, in the sense that I know where everything is… Carlos is like OCD clean freak and I am an explosion. So, the thing that changed during pregnancy — I guess you go through nesting. Suddenly you want to feel organized, you want to start cleaning things and it just kind of hit me one day.

Her newfound appreciation for cleaning might have hit Alexa during her pregnancy, but having a baby only adds more to her mountain of responsibilities. She said she depends on Carlos to trade on-and-off of parenting duties and chores.

It's a little harder once you have the baby. He needs you all the time and when you do have time to finally go and clean, you're exhausted… You feel overwhelmed really quickly. Like, 'I have this whole house to clean!' 'I need to organize!' Now I'm like, just do it a drawer at a time, a day at a time, a room at a time… Carlos and I try to make it fun, we'll play music and we'll switch off if the baby is awake and kind of go back and forth… There are ways to make cleaning fun. It doesn't have to be this dreadful cleaning event.

If you're still not sold and see cleaning as a worse fate than being trapped in the audience of Sean Spicer's one-man staged performance of “Life Is Beautiful,” you're not alone. Alexa swears by having a good influence and a giant mess to tackle.

Honestly, I don't know how long I would go on for if I didn't have Carlos and Ocean with all the extra mess. Truly, I would probably just be messy my entire life if it weren't for them.

Carlos and Alexa don't spend all their downtime on a bleach tour of their bathrooms. Since appearing on “Dancing with the Stars” in 2015, the pair also casually cut a proverbial rug from time to time -- or a literal rug, actually. It all depends on whether they have rugs in their kitchen.

At first… all I wanted to do was dance. I wanted to learn… not that Carlos was the opposite, but he wasn't huge on like, 'Let's go dancing, let's dance!' I was always kind of the one pushing him like, 'Babe, I really wanna dance!' It's funny how now, he'll just kind of grab me and move me around, he's like 'Come on, let's just dance in the kitchen!' We'll kind of dance together for fun. But, I think that happened after I got pregnant. Because after I got pregnant, he — I wouldn't say 'lost his wife'— but I was kind of out of commission. I couldn't move around as much. I had a lot of morning sickness. I think now that I'm kind of back he's like, 'Alright, we're gonna have fun!' So we dance all the time now.

On the show, Alexa and Carlos were eliminated 7th and 8th, respectively, leaving only three contestants to outlast them. Alexa said that while she can't see herself starting a career in choreography, she felt cool nailing the dances her partner, Mark Ballas, taught her.

It is weird but you feel really cool knowing it. Being on set… it's in the back of your head, like, 'I've gotta do that dance.' It sounds so stupid but it really does make you feel cool… If I have somebody choreograph something for me, great! I can do it. But on my own, doing that? Heck no. That's hard. That's really hard to do.

Carlos and Alexa retained some of their skills from their stint on “DWTS,” but being away from the show's strict rehearsal and performance schedule makes it difficult to maintain the moves.

I mean we had pros really pushing and pulling us constantly, for hours at a time, so we felt really comfortable with them. Now, if my husband and I had to go and do a waltz together? Sure, after hours of practice we could do it. But, there's no way we could just go do it right now. I'm sure I'd probably yell at him, he'd yell at me, there'd be some leading issues. It's tough. It's not as easy as it was on the show because we had pros really pushing us in the right direction.

The rest of us can wait and see whether baby Ocean ends up tearing up the dance floor into chunks of scorched wood years down the line, though Alexa hopes he'll explore his musical talent.

There are a couple things I would love to get [Ocean] involved in early —and I hope he takes to it— like a musical instrument… if he has any sort of, like, music qualities within him — and I'm sure he will because his daddy's so talented. I think, absolutely, get him involved with music. If he's not all about music, then I want to get him involved with sports because I was a sports kid. I did a lot of sports growing up. But… music is something you can take with you after you're done playing sports.

If you're worth your salt in either hobby, though, you can play music while you play sports. All the greats have done it. Bob Dylan loves volleyball and has a stunning back row attack, probably.

For now, the family is keeping it low key and looking forward to their move to Malibu.

You can bet Alexa's approach to packing is just like her approach to cleaning: one room at a time.