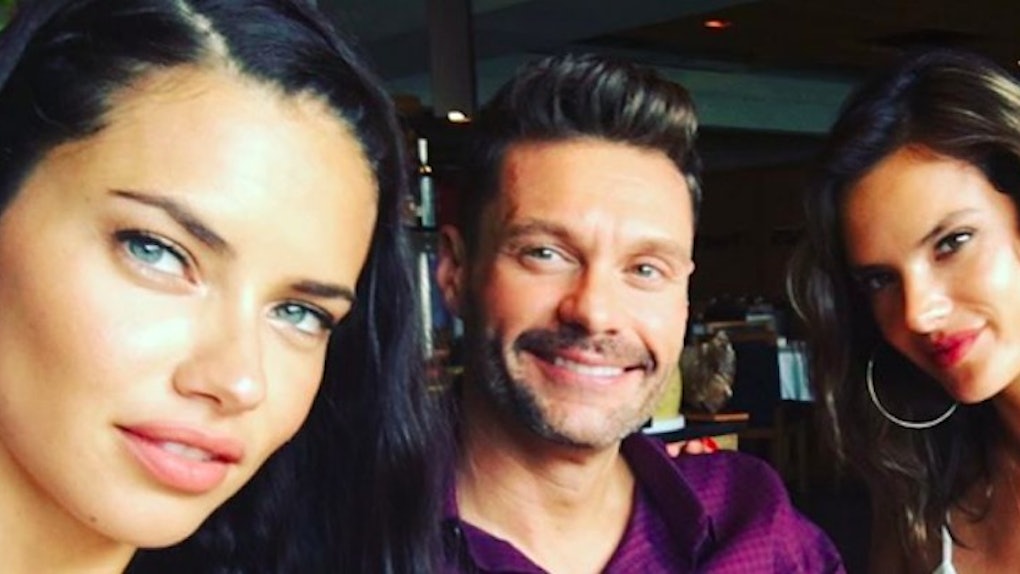 I feel like since he's a famous TV host, Ryan Seacrest has probably met every celebrity already. But the one celeb he hadn't met was model Adriana Lima -- that is, until earlier this summer, while they were both covering events in Rio for the Olympics.

They were able to get to know each other pretty well and must have hit it off because, apparently, they went on a date in New York last week.

A source told PEOPLE they had a "romantic dinner to get to know each other outside of work." Hmm.

Lima was in New York last week for Fashion Week, and Seacrest was in town on a business trip. Coincidence?

Even if it was just one date, wouldn't they be the most random celebrity couple ever?

And Lima hasn't been shy about her fondness of Seacrest. The two of them, as well as model Alessandra Ambrosio, toured Rio as food and culture correspondents for NBC.

Seacrest looks really sad about hanging out with models in this picture. Life must be so hard.

For some reason, I've always thought Seacrest was married. But no, he's been on the market since 2013, after his split with dancer and actress Julianne Hough.

Lima, on the other hand, was recently divorced from basketball player Marko Jarić after five years of marriage.

Take a lesson from Seacrest. If you're trying to date someone a little out of your league, spend time with them in a foreign country (or in Lima's case, home country) and lock that shit down fast.