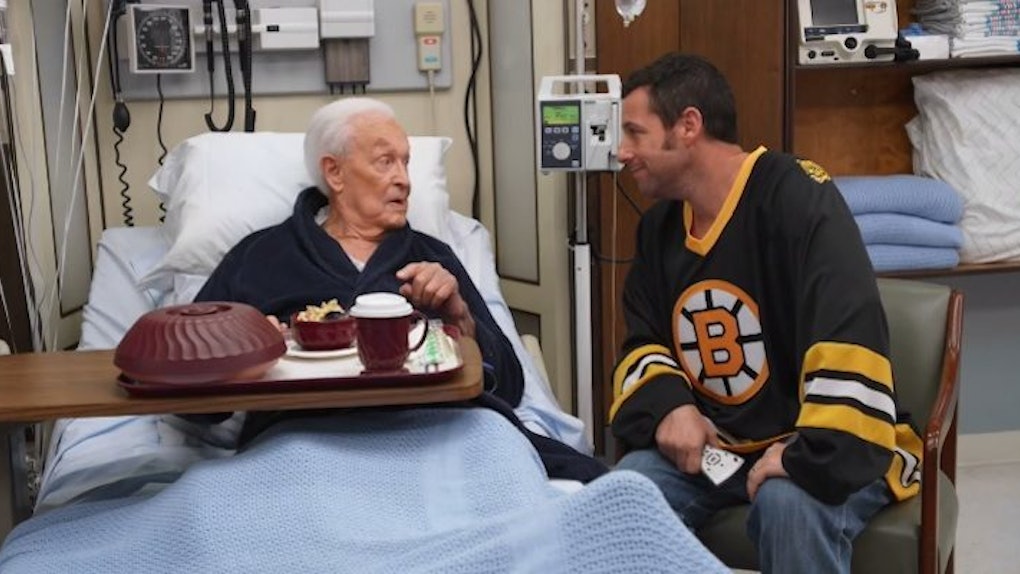 If you're a fan of early Adam Sandler movies, you probably remember the hilarious Bob Barker fight from "Happy Gilmore."

It's been 19 years since that film was released, and Barker and Sandler are back at it again for Comedy Central's "Night of Too Many Stars."

In the bit, Sandler visits Barker in the hospital, and it doesn't take long for the fists to begin to fly.

The fight from the movie was excellent, but this one might top it, especially since Barker is now 91 years old.

There's even a great cameo at the end of the clip that will make you nostalgic for the days when Adam Sandler made movies that were actually funny. Check it out above.