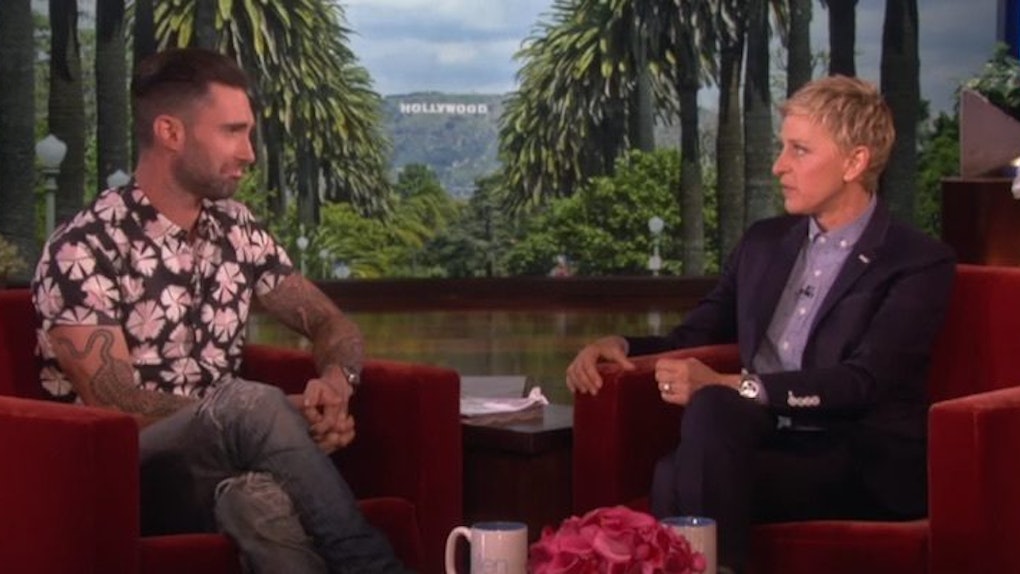 When Adam Levine and Behati Prinsloo's daughter, Dusty Rose, is finally old enough for an existential crisis, she may wonder why she has the name of a Kentucky bed and breakfast.

On that day, Ellen will appear — as she does for all in need, like sleep for the freezing — and explain it was she who chose Dusty's name.

Adam visited the “Ellen” show this week and the pair reminisced about how hopeless “The Voice” coach initially was when it came time to select a name for his first child.

Ellen suggested a handful of names instead, including Dusty Rose, which the expectant couple didn't jump at immediately.

You basically named my kid because I ran it by my wife and she was like, 'Ehhh, I don't like it.' And then I brought it back to her in the 11th hour and I'm like, 'Dusty's pretty cool,' and she's like, 'I love it!'

Ellen can't be there for all the big moments. She has a job, you guys, and a family of her own. Stop texting her constantly. This show doesn't host itself and Portia keeps accidentally locking herself out of the house.

Adam's figuring it all out, though. He chatted parenthood with Ryan Seacrest on a recent episode of “On Air” and admitted,

I don't know anything… But it's kind of part of the beauty of it, honestly. There are a lot of instincts, a lot of things that kind of kick in and switch on. It's a beautiful experience.