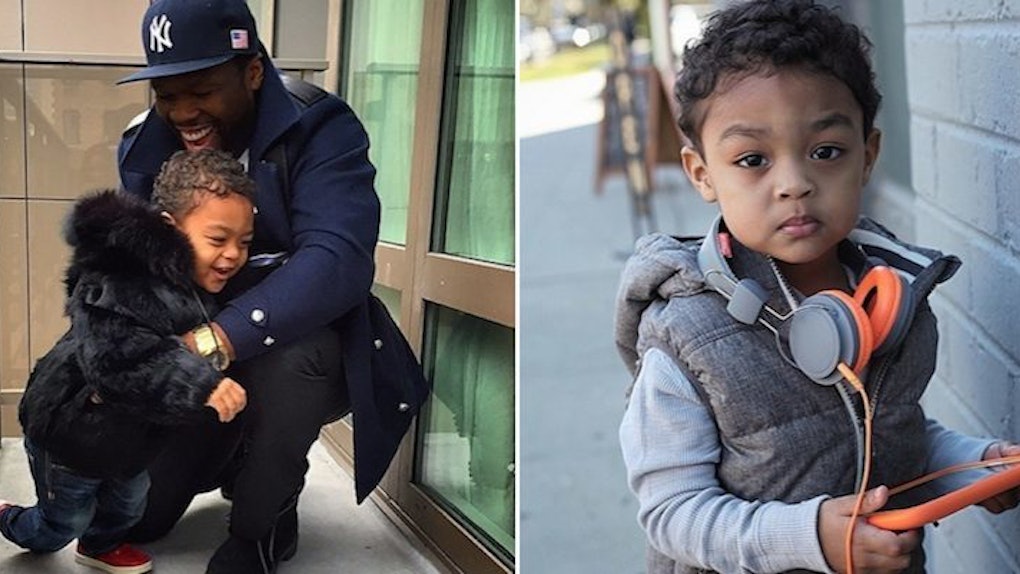 If you thought North West and Blue Ivy were the hottest toddlers on the child celebrity scene, think again.

There's a new tot on the block seriously heating up the style game.

You may recognize this cute little kid as the son of 50 Cent and the rapper's ex-girlfriend, Daphne Joy.

Everyone knows Fiddy is no stranger when it comes to success, so it's no surprise Sire knows a thing or two about gettin' money. And he's starting his own path to success at a young age.

This kid is barely out of diapers, and he's already raking in over half a million dollars. But hey, you have to put a hefty price tag on a face so innocent and adorable.

It's no secret Sire's old man is pretty proud of his new modeling gig, and during the interview, he revealed,

I have so much fun with him, man; even my spirit change. I light up when I talk about him. He's at that point where he repeats everything.

Now, you may want to take a moment to reevaluate your life since a toddler just put your weekly paychecks to shame by capitalizing on his good looks and cashing in on his cuteness.

If only we all had pretty faces and famous hip-hop fathers.

Take a look at the photos below to see 50 Cent's adorable son.

Just like his pops, he's all about the paper.

Yep, this baby just made some serious bank.

This kid has some ridiculously strong style game to go along with his good looks.

And he's sure to give all those other baby models a serious run for their money.