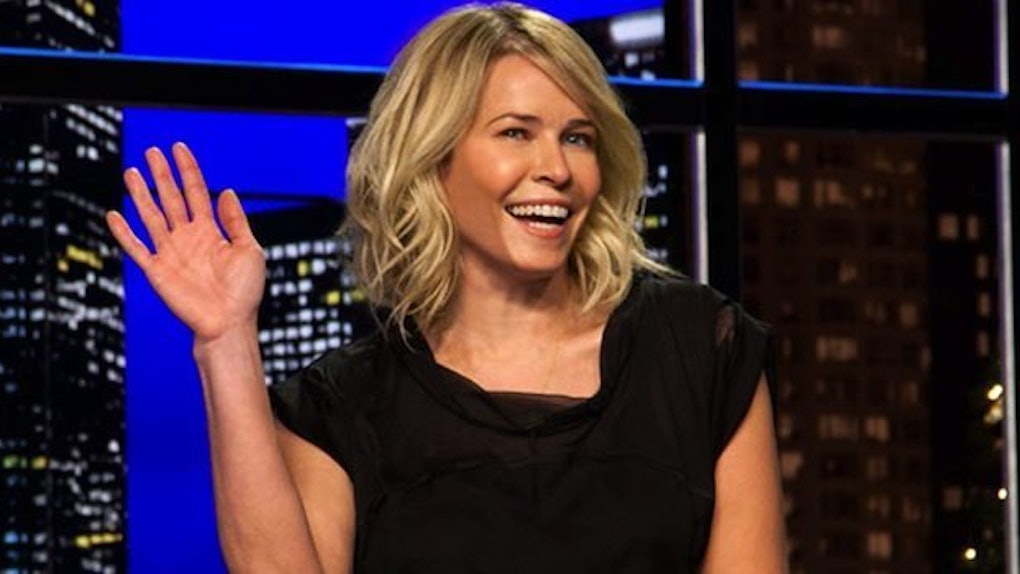 I'm like a grandma in more ways than one. I love Keds, power walking, baking muffins and I prefer to be asleep by 9 pm.

There are few things, though, that merit staying up past my bedtime, and "Chelsea Lately" was definitely one of them.

In the boy's club of late night television, Handler not only held her own, but perfected walking the delicate line of frank and unapologetic comedy.

She provided just the right amount of shock value, brought a new spin to stale topics and had fun while providing entertainment to her audience and viewers alike.

She celebrates her 40th birthday today, and we can all gather some valuable insights from her first 39 years of life.

Even if it means that you come across as outspoken, be honest. One of the reasons Handler is so beloved is because she says what everyone else is thinking.

Don't be afraid to speak your mind because you fear what others might think of you.

2. Learn to laugh at yourself.

A great deal of Handler's comedy comes from stories about her own upbringing, parents, siblings, travels, relationships and personal experiences, including her sexual encounters.

Life becomes a lot more enjoyable when you learn to make light of the hand you've been dealt.

Don't settle for a person, a job or anything else. Handler left her gig as a late-night talk show host because she was bored and felt like she was no longer being challenged.

Part of our growth as human beings comes from knowing when it's time to move on to the next thing.

4. Be optimistic about the future.

In Handler's conversation with Barbara Walters, who named her one of the Most Fascinating People of 2014, Walters asked if this current time is the best time of Handler's life.

Embrace the journey, and always look forward to what is next.

There's no magic formula for success. Figure out where your talents and skills exist and go from there. Abide by Howard Thurman's advice, "Don't ask what the world needs; ask what makes you come alive, and go do it.

Because what this world needs is more people who have come alive."

In owning who you are and expressing that outwardly, you connect with other people.

Handler is authentic and candid in her interviews, writing and standup. It works because she's not trying to be funny; she just is funny.

For that matter, don't rely on your looks, either. Handler is hot, smart and confident.

It's a winning, refreshing combination. In breaking her way into Hollywood, she could have relied on just her looks, but she didn't.

In a 2014 interview with HuffPost Live, Handler said,

"I wouldn't screw you over. I just wouldn't do that. If it was not a cool thing to do, I wouldn't tell someone's secrets."

So, no wonder she has a lengthy list of A-List friends. She knows how to be good.

Cheers to Chelsea and the wisdom and wit her career has inspired.

And speaking of cheers, if you feel like pouring yourself a drink tonight, or any other night for that matter, go ahead, treat yourself.

Handler has somehow managed to achieve high levels of personal and professional success, all with a drink in hand.

And, there's no reason to think that we can't do the same.