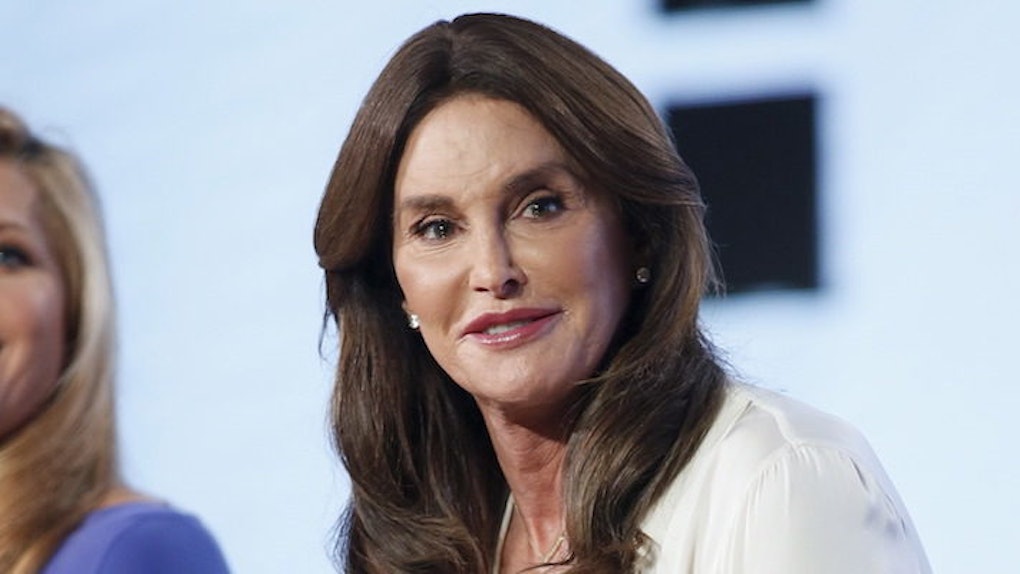 The "I Am Cait" star posed for the shoot to honor the 40th anniversary of her decathlon win. Back in 1976, she set a world record at the Montreal Summer Olympics.

A few months ago, it was rumored Jenner would be wearing nothing but her gold medal and an American flag for the shoot.

But now the cover is finally revealed, and it's a little different than expected. In the photo, Jenner stands with her hand on her hip and rocks a gold sparkly romper with her medal around her neck.

It's the first time she posed with her gold medal since transitioning.

Check out Caitlyn Jenner on the Sports Illustrated cover in the photo below.

According to Us Weekly, Jenner considers the medal her "most prized possession" and keeps it safe in her makeup drawer.

Just a year ago, Jenner posed for the first time on the cover of Vanity Fair, sharing her new identity as Caitlyn (formerly Bruce).

Since her transition, she has worked to advocate for the LGBTQ+ community, although she has received backlash for her political views.

Historically, our society has pathologized trans life, so it's important to have trans visibility in the media to break down the barriers that still exist today.