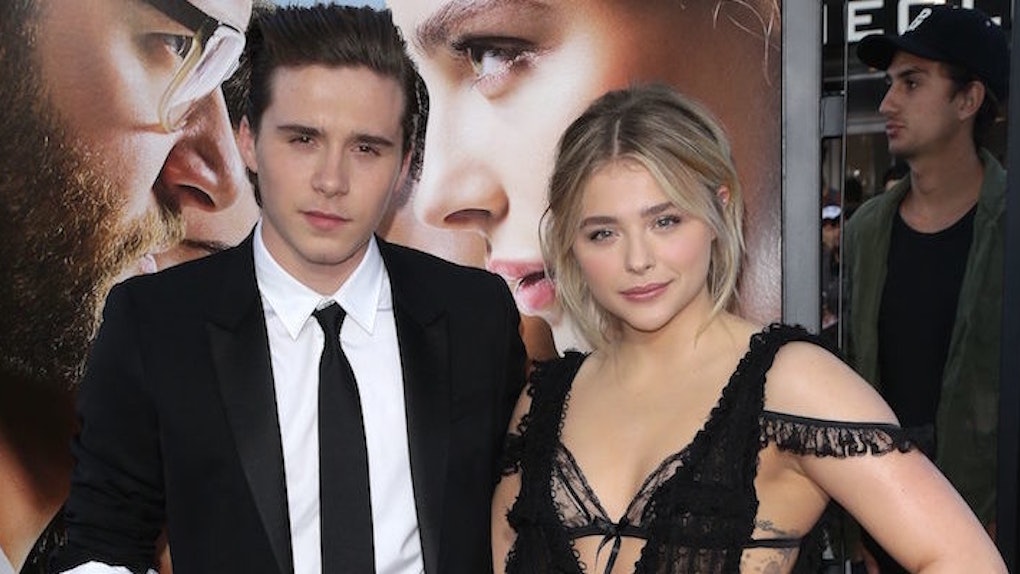 CHLOË GRACE MORETZ AND BROOKLYN BECKHAM ARE SO IN LOVE.

Ever since Chloë took the 17-year-old son of Victoria and David Beckham as her date to the “Neighbors 2: Sorority Rising” premiere, their relationship has really taken off.

The two have shown plenty of PDA and always seem to talk about each other in interviews. Chloë once confessed she can only date Hollywood men who understand what she does and are supportive of her on-screen roles.

I GUESS BROOKLYN MUST BE THE BEST BOYFRIEND EVER THEN.

It looks like the lovebirds are still going strong because Brooklyn just posted the cutest Instagram about his girlfriend.

When you're missing bae.

The two must not have had that much time together lately because Brooklyn misses his Chloë. I'M CRYING. THIS IS SO ROMANTIC AND SWEET AND PRECIOUS.

Chloë Grace Moretz and Brooklyn Beckham have shared several other adorable moments together, like the one captured below.

Oh, you think that's cute? Check out this one.

I'm done, this is too much.

Brooklyn, I hope you reunite with bae soon so you stop posting sweet pics of her so I stop hating my life.