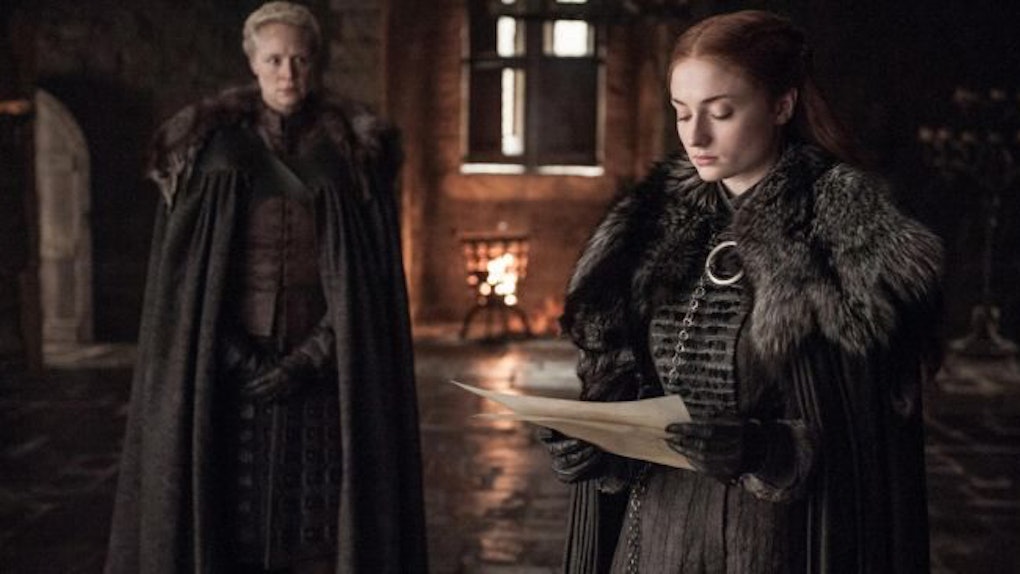 This post contains spoilers from the Game Of Thrones Season 7 finale. The Game of Thrones finale scene with the Dragon Pit council was one fans have been waiting for since the very first season. For the first time ever, nearly all our main cast will be together in the same place. (Save Arya, Sansa, and Littlefinger.) It also gave the show a chance to fan service for several characters who haven't seen each other in ages. But no meeting was more anticipated than the two characters who fought almost to the death in the Season 4 finale. We finally got to see Brienne and the Hound talk Arya Stark.

We should recall here that the Hound had been on Arya's List for quite a while before she met up with him, and stayed that way, despite their growing relationship. The only reason Arya took the Hound off the list officially is that she thought he was dead. Brienne had mortally wounded him, and Arya walked away to let him die in agony, one of her cruelest moments to date.

When Brienne and Arya met again this season, Arya referred to her as "the woman who killed the Hound," stating that this credit to her name was why she wanted to train with Brienne of Tarth.

At the time, audiences at home already knew the Hound was alive and well and headed North. It was just a question of where he was going that would determine how soon Arya and Brienne learned they were wrong about his fate.

The question stands, of course, of how Arya will react when she learns the Hound is still alive. Somehow, we don't see her adding him back to the list. But it might be a silent lesson about letting your enemies live. Or, at least, what happens when you let nature take its course, instead of definitively taking matters into your own hands.

Not that Arya needs any more such lessons. As Brienne herself notes, Arya doesn't need either of them to look after her anymore. If anything, the Hound and Brienne should be the ones watching their backs. Their little girl, all grown up.