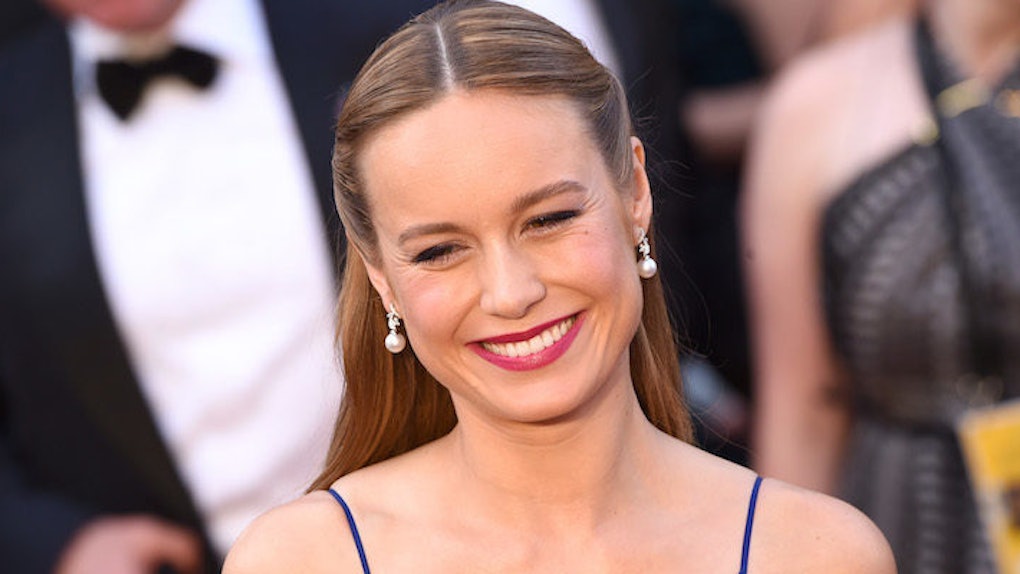 Brie Larson Might Play This New Marvel Superhero, And We Can't Wait

Brie Larson is in talks to play Captain Marvel in the upcoming standalone film, proving, once in for all, miracles do happen if you believe.

According to a report from Variety, the 26-year-old Oscar-winning actress from "Room"  is the top pick to play Marvel's popular female superhero, Captain Marvel.

Now, all Brie has to do is accept the part, and apparently, she's leaning toward doing it.

So, uh, Brie, I'm not sure if you're reading this, but allow me to put in my two cents here...

PLEASE, BRIE LARSON, PLEASE DO IT! YOU WOULD BE SO, SO, SO GOOD! I LOVE YOU AND CAPTAIN MARVEL! IT'S PERFECT! LEAD ME IN THE FEMINIST SUPERHERO REVOLUTION! PLEEEEEEEASSSEEE?!?!

If that doesn't convince her to take the role, I really don't know what will.

And if you don't know anything about Captain Marvel, that's fair. The comic industry is a patriarchal AF, and no one ever talks about the women! So, it's not your fault!

Here's just a quick rundown: Carol Danvers was a US Air Force member when a crazy alien explosion gave her super strength, the ability to fly and the ability to absorb and project energy. Now, she's Captain Marvel. If it sounds awesome, that's because it is.

Marvel does not yet have a director signed on for the Captain Marvel film but had long been planning to cast an actress early in order to introduce the character in other movies before moving ahead with the standalone.

So hopefully, we can expect to see Brie's Captain Marvel in the next "Avengers" film.

The script is being written by "Inside Out" writers Meg LeFauve and Nicole Perlman (Yaaaaas, female writers!) and will be produced by Kevin Feige. The film is expected to hit theaters in 2019.

In conclusion, this is the best news ever, and I can't wait to worship Brie Larson as Captain Marvel forever and forever, amen.