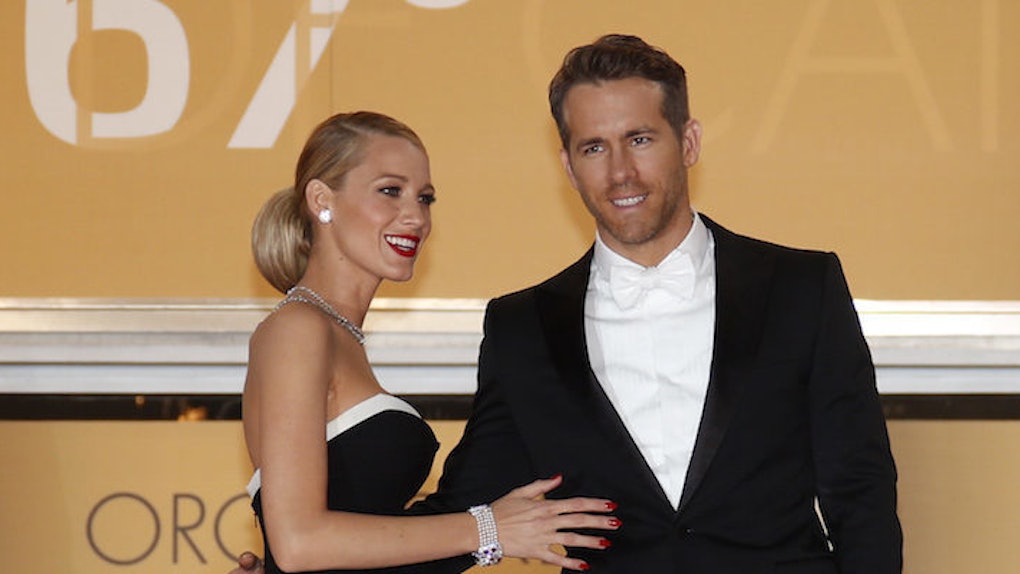 Well, if you've ever wanted to own one of Blake Lively and Ryan Reynolds' children, now's your chance.

If you think about it, celebrity couples are pretty much breeders for the next generation of hot people. It's honestly just simple math. The rest of us in the universe are fives and sevens (AND THAT'S TOTALLY FINE!), which means the average hotness of our children falls at around a six.

Meanwhile, celebs are between an eight and a 10 which means the average celebrity child comes in at a smoldering hot nine on the BowChicaBowWow scale. ` For years and years, this meant if you wanted a hot Hollywood child you would either have to give your child a bunch of plastic surgery or just, like, steal Apple Paltrow.

Thankfully, those days are over. Blake Lively explained on "TODAY" she and Ryan Reynolds are not really humans anymore as much as they're just super hot breeding stallions.

You heard it here! Ryan Reynolds and Blake Lively will make a baby for you!

I'll take it! Where is the Google doc to sign up for one of these bad boys?