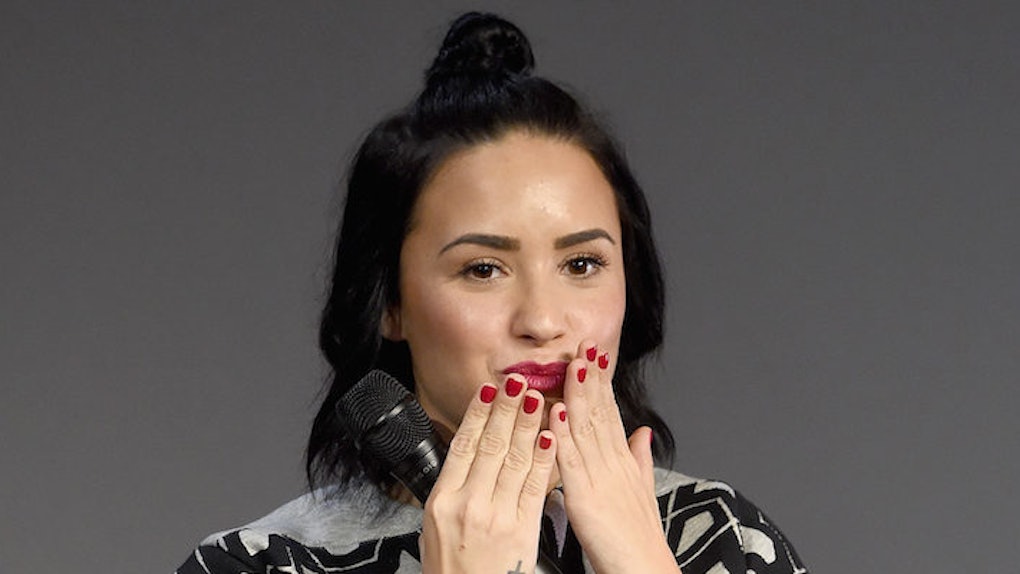 Many who suffer from mental illnesses have been told by the world they should be ashamed, making these illnesses difficult topics to discuss.

For the past year or so, pop star Demi Lovato has not shied away from discussing her own battles with mental health.

The 23-year-old singer openly talked about being diagnosed with bipolar disorder and worked closely with the Be Vocal: Speak Up for Mental Health campaign.

Cate Luther, 51, is a contributor to The Mighty, a blog dedicated to discussing disability, disease and mental illness. Cate has an 11-year-old daughter with bipolar disorder, who also happens to be a huge Demi Lovato fan.

On Wednesday, Cate wrote a letter to Demi Lovato, thanking her for being a role model to her daughter by talking so openly about her illness. Cate also urged the singer to continue to speak up about mental health and keep inspiring children like her daughter.

Dear Demi, I just wanted to say thank you on behalf of my 11-year-old daughter who has bipolar disorder. You see, because you are so willing to talk openly about having bipolar disorder, you have helped reduce the stigma surrounding this mental illness. I'm sure you are aware of how people feel when the hear the word 'bipolar.' They worry if you're a safe person to talk to. They worry if they can be friends with you. The list goes on. Because you're such a public figure and an inspiration for tweeners like my daughter, your voice carries a lot of weight. You may not want to be a role model, but you are. You can either use your status to spread acceptance or hide in shame. I, for one, am grateful that you chose to take the high road. I'm teaching my daughter to advocate for herself. My hope is that one day she will use her voice to let others know she wants to be loved and accepted for who she is, not who the media tells others she is. Demi, I want to encourage you to continue using your platform to show children like my daughter they're not alone. It won't be easy. Some days you may feel like giving up. Please don't! Keep moving forward. Kids like my daughter are counting on you. I'm counting on you. Fondly, The Mother of an Adoring Fan

It's a moving letter, and I hope Demi gets to see it. It's great to see the difference discussing mental health openly can make.

Citations: To Demi Lovato, From a Mother of a Girl With Bipolar Disorder (The Mighty)