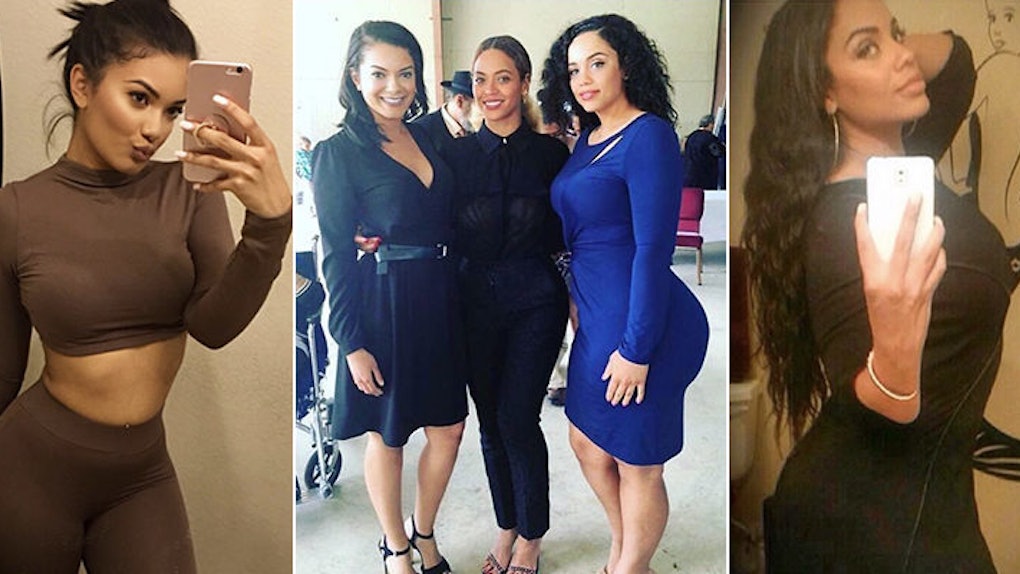 If you thought Beyoncé was perfect, it pretty much just runs in her family.

During a funeral for her uncle Skip in Texas over the weekend, a photo of Beyoncé posing with her two cousins went viral and we can see why.

The two women have been identified as sisters Kristin and Kelsi Leggett, and they're pretty much taking over the Internet.

Their Instagram followers have shot through the roof, and these ladies are finally getting the recognition they deserve for being so bad.

So, without further ado, here's some more on Beyoncé's blessed cousins below:

This is the photo of Beyoncé, Kristin and Kelsi that got everyone's attention over the weekend.

Now, they're both Internet celebrities in their own right.

Kristin is the oldest; she's a nurse and mother of two.

She's the one in the blue dress and is actually getting the most attention following the viral picture.

Kelsi is the youngest and is definitely giving Beyoncé a run for her money.

She's been comparing herself to her cousin for years.

These two are proving good looks run in the family.

...And that your own sister can be your #WCW.

Who knows what's next for either one of these two women.

Now that the Internet knows they exist, anything could happen.

Realistically, they will just continue to inspire us.

Because whatever they decide to do, we fully support.