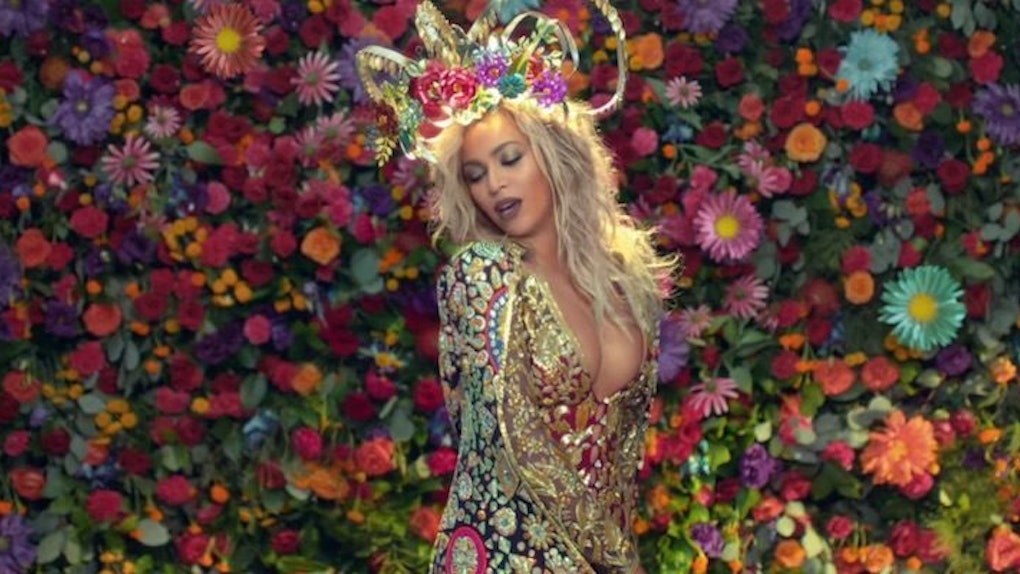 You might be thinking, “Coldplay, why?! Am I being punished?” but don't be alarmed; I'm actually here to talk about Beyoncé.

Bey made a cameo in the music video for Coldplay's new single “Hymn for the Weekend” and, naturally, wore her bejeweled best.

The band and Yoncé are scheduled to perform at Super Bowl 50 next month, and if this video is any indication of what's to come, I'd like to take the opportunity to request way more Beyoncé for the big halftime show.

Though Bey is a guest on the song and not an official member of Coldplay, the band could consider, for viewers' sake, giving her a little more stage time.

Throw a verse her way, Chris Martin.  Change the second half of the song to Beyoncé's “XO.”

Maybe wait backstage and let Yoncé do the heavy lifting.  These are just suggestions, of course.

Citations: Beyoncé Has Blessed the New Coldplay Video With Her Presence (Cosmopolitan)