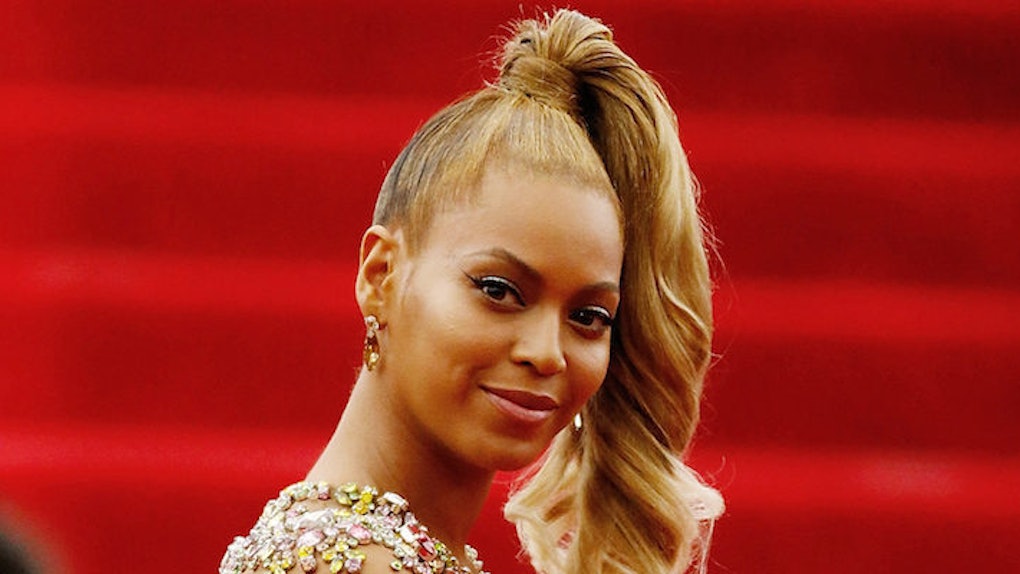 Beyoncé Is Officially Performing At The 2016 Super Bowl Halftime Show

The Super Bowl is dead. Long live the Super Bey.

I'm sure there will be two football teams playing football with each other on February 7 in Santa Clara, California, and, yes, I'm sure those two teams will be very exciting to watch.

But as of this very moment, they are nothing more than appetizers to the main dish -- two slices of helmeted bread slabs that are merely conduits to get you to a more relevant, spectacular and iconic female lunch meat.

I say this because it was just announced Beyoncé will be joining the Super Bowl Halftime Show roster this year, and when Beyoncé is involved with anything, you sort of just have to step aside and realize, no matter how important you are, you are now, at best, the second most important thing in the room.

Sorry, football, but you never sang “Drunk in Love” or gave birth to a toddler style icon.

There was some speculation Yoncé would be involved with the show ever since it was announced Coldplay would be headlining the event. Beyoncé DESTROYED the Super Bowl Halftime Show in 2013 and contributed on Coldplay's last album, A Head Full of Dreams, so this seemed like an obvious fit.

Entertainment Tonight also reports Bruno Mars should be stopping by the Levi's Stadium stage at some point during the event, with more “special guests” expected to join the show's dossier.

I mean, sure, when I think of "Fix You," I think of an energetic, classic dance anthem that is supes appropriate for a halftime show and def wouldn't just be tonally confusing for an event of this nature, but, yeah, "Survivor" seems like maybe a better song choice.