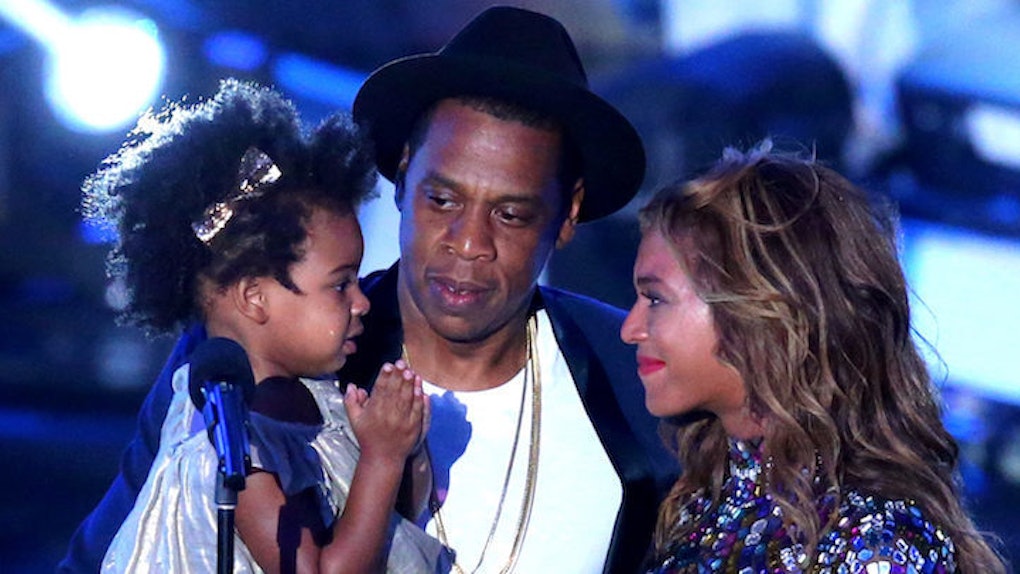 The day you accept Blue Ivy Carter is, and has always been, better than you is the day you can start living YOUR best life.

It's unfair. The deck was stacked against you. You weren't born the daughter of a world icon and a former part owner of the Brooklyn Nets, and that sucks.

Of course, sure, we know we all can't be Blue Ivy. It's just not possible. There are like seven billion people in the world and only one baby Queen.

But, that doesn't make the pill any easier to swallow.

Blue Ivy's the most glamorous kid of all time. She has the attitude of North West, the fashion sense of Suri Cruise and the royalty status of Prince George of Cambridge.

She's like the Megazord of great celebrity offspring. It's almost like she was constructed in a secret celebrity-breeding laboratory somewhere. You know what, if you think about it, she totally was, and that laboratory was called Beyoncé's Womb.

If you still think your childhood was as good as Blue Ivy's, you should probably consider all these ways her life has been better than yours.

2. Your family photos were turd nuggets compared to these gems.

4. I'd LOVE to see what a picture of your mom and her friends having a girls' night looks like.

5. Your face wasn't covered in bees.

6. Your squad wasn't as good as Blue Ivy's squad.

9. You wore bows; she wore CROWNS.

11. I would LOVE to see what your mom looked like when she was pregnant with you.

All hail the baby Queen.