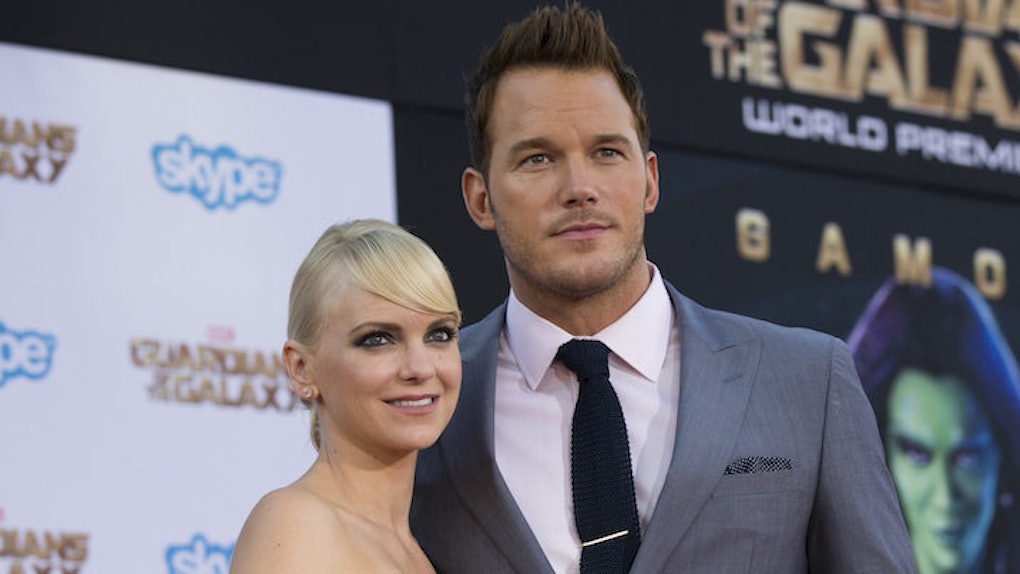 LIKE DAMN. Let's all take a quick sec to pay tribute to those glorious abs. Wow, Anna Faris is a lucky lady.

Speaking of Anna, Pratt's wife shared some juicy info on her husband during one of her podcasts for "Anna Faris is Unqualified."

The actress opened up about the experience of giving birth to her son, Jack, who is now 3 years old.

Delivering a baby was obviously painful AF for Faris (TV shows don't lie, kids!), but what made it a more bearable experience was seeing her husband sob. Yup, Chris Pratt broke down in tears during the birth of their son.

Faris described the moment in her podcast, saying,

What makes up for whatever is happening down in your pelvic floor area, is Chris' face when Jack was being born. [It was] just unforgettable. He's holding my hand and he's just sobbing. I was so scared he would be turned off by the whole thing, that he'll never be attracted to me again. But I don't know, that was amazing, seeing his face.

I would have paid a million dollars to be in that hospital room just to see Chris Pratt bawl his eyes out. IT WAS PROBABLY SO CUTE.

Oh, and I guess I'd hold Anna's other hand during it all. Don't worry, boo, I got you, too.

I guess Chris Pratt isn't just a sexy beast but an emotional teddy bear as well. (PS. Please have my babies.)