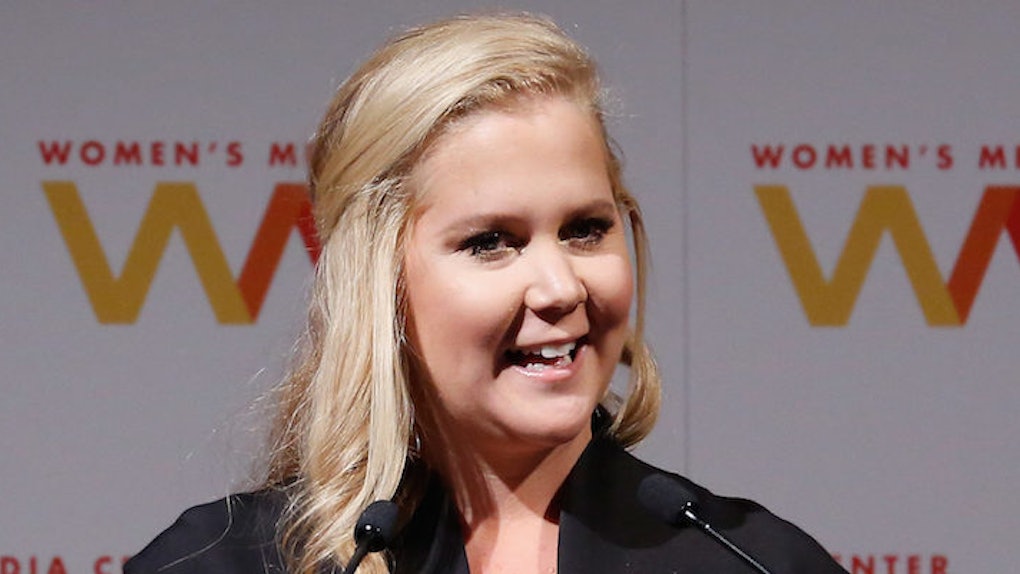 Teenage film critic Jackson Murphy was living the dream on Sunday night at the Critics' Choice Movie Awards, but then that dream turned into a sweaty, adolescent nightmare on Monday morning.

The 17-year-old behind the site Lights Camera Jackson reportedly tweeted a selfie from the ceremony alongside “Trainwreck” star Amy Schumer.

He apparently captioned the photo,

Spent the night with @amyschumer. Certainly not the first guy to write that.

Schumer saw the tweet and responded to the teen for his unwarranted sexual shaming with a dig of her own.

Murphy took down his original tweet and apologized to the comic in two separate tweets, insisting he would “leave the comedy to [Schumer].”

Schumer forgave the critic because she is a merciful deity.

If Murphy is smart, he'll make an offering of baby penguins and gold coins at her altar, just to be safe.