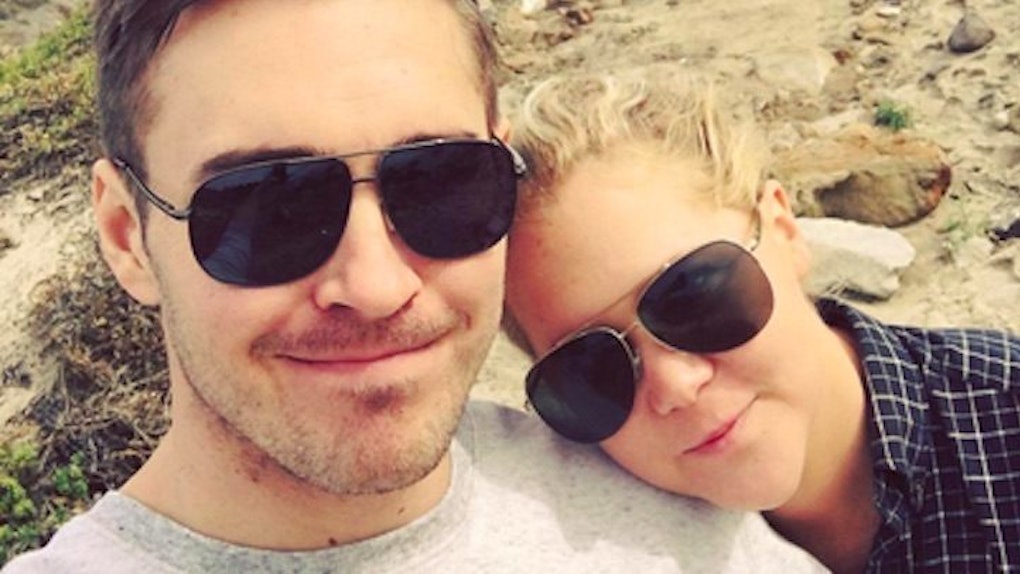 Amy Schumer is on the cover of Vogue's July issue and she looks absolutely stunning.

The comedian got super real in her interview with the magazine and talked about her stand-up, TV show and family.

She also opened up about her current relationship status with her boyfriend, Ben Hanisch. YUP, she basically covered everything.

Here's a cute pic of Amy Schumer and her boyfriend, Ben. Aren't they precious? I LOVE YOU GUYS.

Schumer started dating the 29-year-old furniture designer in early January, and the two have been going strong ever since.

So, Amy, what's the deal? Are you head-over-heels for this guy? Do you love him? IS HE THE ONE?

According to Vogue, here's what she had to say,

We're in love. And we're still in total honeymoon phase. It's a real relationship. Who knows what will happen, but we're real good right now.

AHHHHHHH. I CAN HEAR THE BELLS. Amy and Ben are so into each other, it's too freaking cute.

Amy has gotten candid about her relationship before. Remember when she told a hilarious story about Ben's mom on "The Tonight Show With Jimmy Fallon?"

Oh, you don't remember? Watch the clip below to help jog your memory.

Deb Hanisch, you devil, you.

I wish I could say the same about Calvin Harris, but it looks like Taylor Swift gave him the boot...