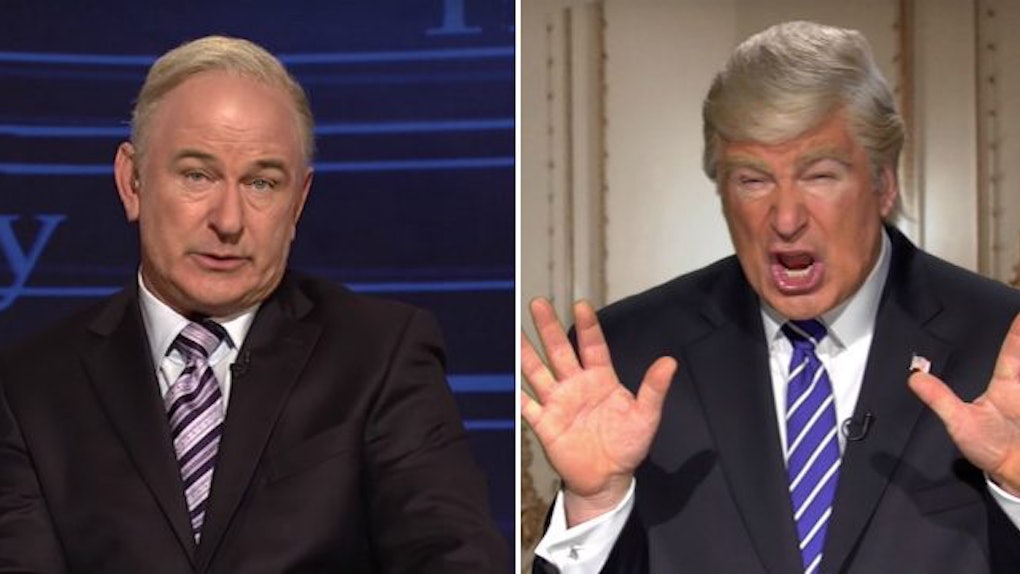 In a parody of Fox's "The O'Reilly Factor," Baldwin did double duty appearing as both Bill O'Reilly, who has recently settled fives cases with women who say the host sexually harassed them (by paying out $13 million), and as President Donald Trump, who came to O'Reilly's defense.

Of course, the president once said,

So, it isn't really that shocking Trump said O'Reilly did nothing wrong.

In a way, it's fitting these two men are being played by the same person.

Trump and O'Reilly have a lot in common: They're TV stars, they're both gross white dudes, and they're both accused of sexual harassment by women.

In the sketch, O'Reilly thanks Trump for his continued support by saying,

I deeply appreciate your support on behalf of all women. And I'd like to thank you for promoting Sexual Assault Awareness Month.

To which Baldwin's Trump responded,

It's a subject that's near and dear to my hand.

Trump suggested the claims against Ailes were "totally unfounded based on what I've read," even calling him a "very, very good person" and a "friend of mine for a long time."