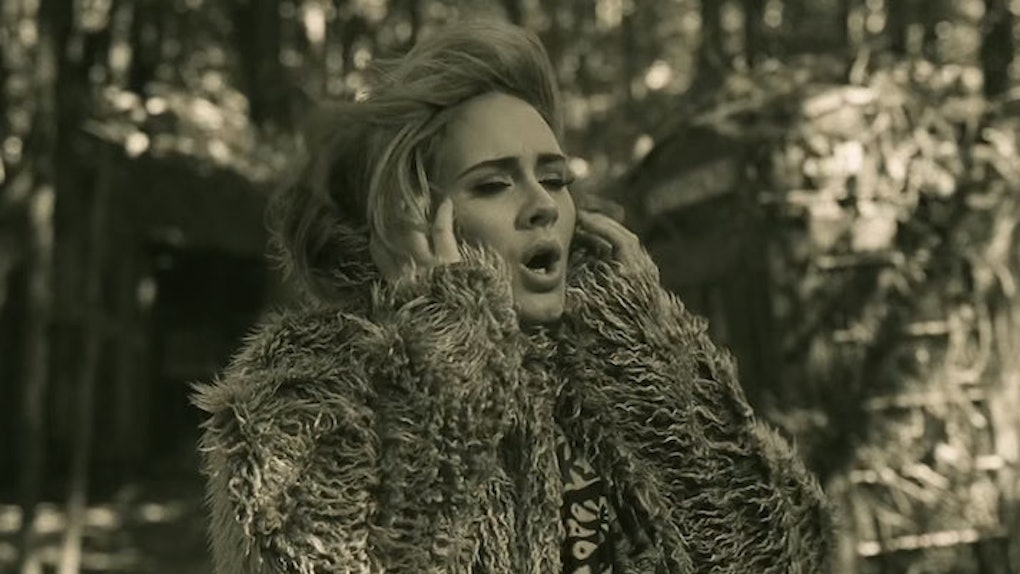 Sorry, Adele fans, but the only way you're seeing your beloved songstress in concert is if you happen to be either Scrooge McDuck or the ghost of Howard Hughes.

Tickets to the Grammy winner's North American tour sold out instantaneously in December for hundreds of dollars.

In an effort to snag a seat at one of Adele's tour stops, Charlottesville, Virginia resident Janee Bradford, aka Nay Nichelle, composed new lyrics to the British diva's hit “Hello,” asking for a couple free stubs.

When you can't afford Adele tickets Hello from the Parking lot somebody tell Adele them tickets too high ! I wanted... Posted by Nay Nichelle on Monday, January 4, 2016

Inspired by the “Hello From The Parking Lot” meme referencing the skyrocketing price of a night in the presence of Queen Adele, the 24-year-old sang,

Hello, it's me I was wondering if you could send me two tickets for free Cuz they too high My pockets ain't deep Times have changed and it's too hard Ain't nothing around me cheap Hello, Adele, can you hear me? I'm in Charlottesville, Virginia dreaming But I can't pay that price I gotta pay for rent, gotta pay for life I gotta pay for WiFi There's such a difference between us And our income Hello from the parking lot I'm so glad I got a close spot Cause I can't see you but I know you are here Eight hundred damn dollars Adele, that ain't fair

Bradford told NBC 29 she didn't expect millions of people to view her video. The aspiring musician merely wanted to express her remorse over the $500+ price of a pair of tickets.

The song basically says, you know, Adele, I'm at home, I gotta pay my bills, you know, it isn't cheap.

Until Adele responds, Bradford is left with her own (amazing, TBH) voice to entertain herself.

Citations: This Adele Fan Turned Her Plea For Concert Tickets Into A Song (BuzzFeed)