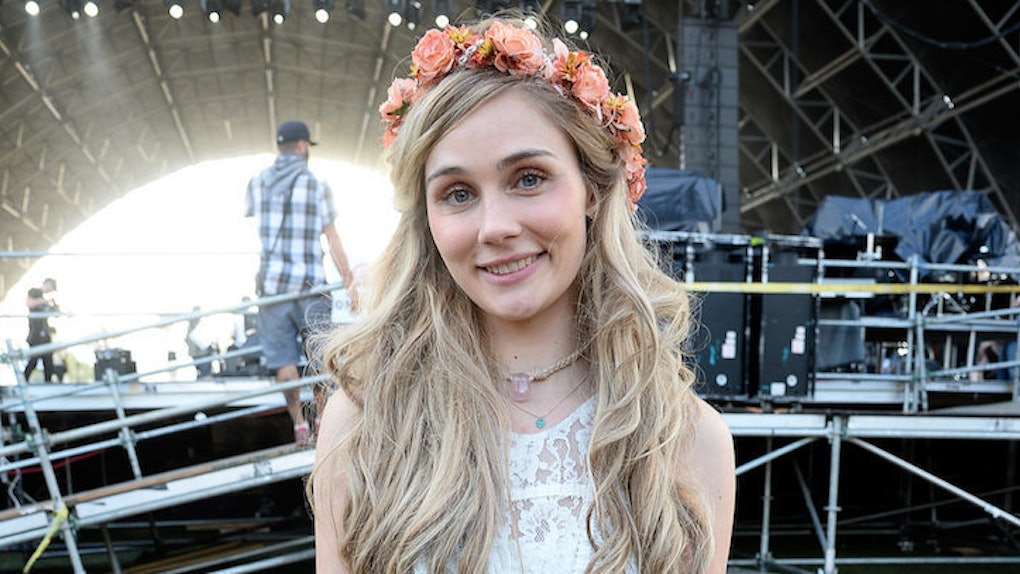 It's, like, VERY short, which is weird for someone who is a series regular on a show still in production.

Usually changing a major part of your look is a major no-no for continuity and character reasons, especially when that change involves shaving off THIS immaculate hair.

Her reason for the new look, though, is heartbreaking and incredibly brave.

Wanna know why I cut it all off?When I was four years old, I asked my mother; "Are there heaters in Heaven?" I had... Posted by Clare Bowen on Wednesday, November 11, 2015

In an emotional Facebook post, the "Nashville" star talks about how, when she was younger, she was a cancer patient who almost died from what she describes as end-stage nephroblastoma, a type of kidney cancer.

This meant she stayed for long periods of time at children's hospitals, finding much-needed camaraderie with other kids suffering from various serious illnesses. Bowen writes,

We were mostly bald, all tubed, taped, bandaged up and stitched back together. We were all missing parts, some obvious like eyes or legs, others more hidden, like lungs and kidneys. Those who still could, tip-toed around like little fairies because chemotherapy had destroyed the muscles in our legs and it hurt to put our heels on the floor. But we were all together, so no one's appearance came into question. No one got laughed at or teased. We were all we knew.

She survived the ordeal; experimental treatment worked, and Bowen was able to go on with her life.

Years later, she's now paying respect to those who suffer, whether visibly or on the inside.

In the post, she says she was inspired to cut her hair after she heard a heartbreaking story. She writes,

I was really inspired when I heard a story about a little girl who said she couldn't be a princess because she didn't have long hair, and I wanted her, and others like her to know that's not what makes a princess, or a warrior, or a superhero. It's not what makes you beautiful either. It's your insides that count… even if you happen to be missing half of them. Every scar tells a story, every bald head, every dark circle, every prosthetic limb, and every reflection in a mirror that you might not recognize anymore. Look deeper than skin, hair, nails, and lips. You are who you are in your bones. That is where you have the potential to shine the brightest from. It is where your true beautiful self lives.

Bowen thanks ABC at the end of the post for letting her cut off her hair and the “Nashville” team for going along with it. To end the post, she simply says,

Self-esteem takes a lot longer to grow back than hair. ‪#‎BeautyWithin.‬

Citations: The Touching Reason This Actress Cut Off Her Hair (Refinery29)