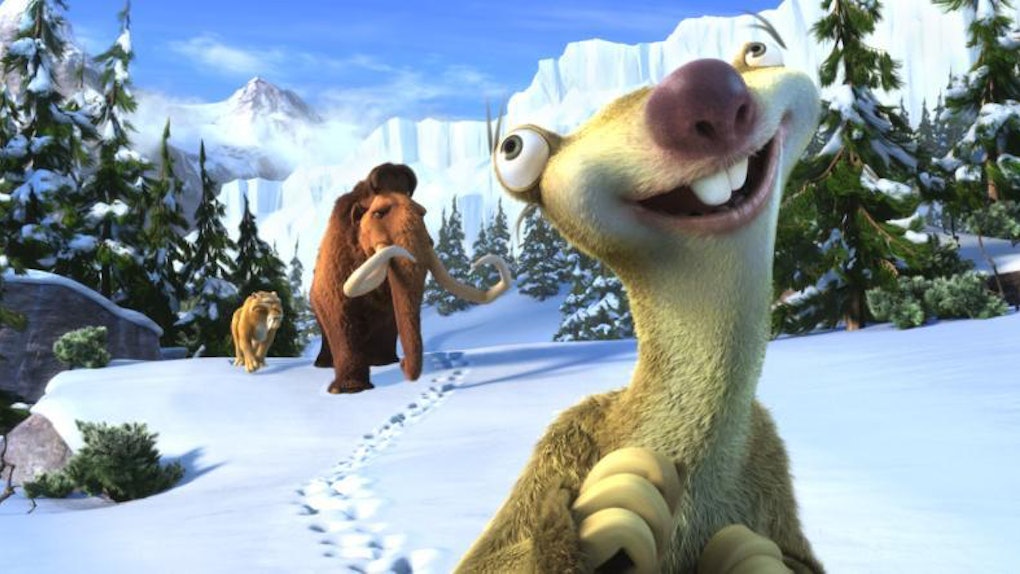 It's called "beautiful weather burnout," and for Californians, the struggle is real. Just because it's 75 degrees with a perfectly cool breeze right now doesn't mean we don't wish for a little winter weather, too. Thankfully, Netflix and Amazon Prime have a bunch of snow-centered movies that'll help us get into a wintery mood, just in time for Winter Storm Jonas.

Here are the top 9 snowy movies for West Coasters dreaming about a real winter.

Tilda Swinton throttles through a second ice age on a post-apocalyptic bullet train while handing out hard-boiled eggs to school children. That's pretty much all you need to know.

Three quirky friends -- a saber-toothed tiger, a sloth and a wooly mammoth -- traverse an arctic landscape filled with prehistoric dangers. It's basically "The Night Before" but animated.

The voice of God -- I mean, Morgan Freeman -- narrates the hard life of penguins struggling to survive on the frozen tundra, all while trying to find love.

Settle into a snow day at the Overlook Hotel with Jack Nicholson and Shelley Duvall as your friendly winter caretakers. Nothing says cuddle time like REDRUM.

5. "The Chronicles of Narnia"

Tilda Swinton returns as the evil White Witch in this fantasy about four English children having fun times in a magical closet.

Mumble (voiceover by Elijah Wood) is just a penguin who loves to tap dance and belt out ballads for the ladies. Only problem? He can't sing for sh*t. Brace yourself for an ending where things get weird.

Featuring a different kind of snow.

A Minnesota car salesman (William H. Macy) tries to get money out of his father-in-law by hiring two hitmen to kidnap his wife. Watch the movie that inspired the hit FX series of the same name and relish in Frances McDormand's fan-f*cking-tastic performance. It's bloody and wholesome.