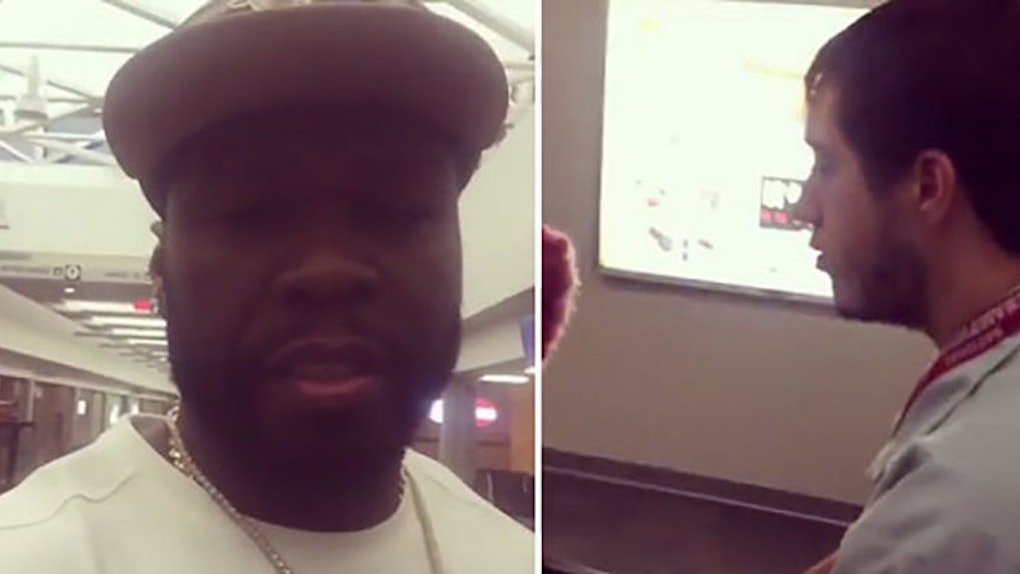 Rapper 50 Cent shows no regard when it comes to posting anything on his social media accounts, but a recent Instagram video he posted (and has since deleted) crossed the line. Now, people are pissed.

While traveling through Cincinnati, 50 recorded a young man who was on the job working as a janitor in the airport. In the video, 50 followed the man around and claimed he was "high as a motherf*cker." He says,

What kind of sh*t you think he took before he got to work today? He high as a motherf*cker, right here in the airport!

It turns out the young man, 19-year-old Andrew Farrell, is on the autistic spectrum and suffers from social anxiety.

The video is hard to watch and shows 50 Cent harassing the kid as he went about his job. In the WLWT interview above, Andrew's stepfather says,

According to TMZ, the Farrell family is now suing 50 Cent for $1 million for bullying and believe this could harm their son's future. Andrew's mother says,

He's very upset. The more I thought about it, the more upset I got, the madder I got. This could hurt him for the future.

This is definitely an unfortunate situation, and hopefully, 50 will try to make it right somehow because this sh*t is pretty f*cked up.