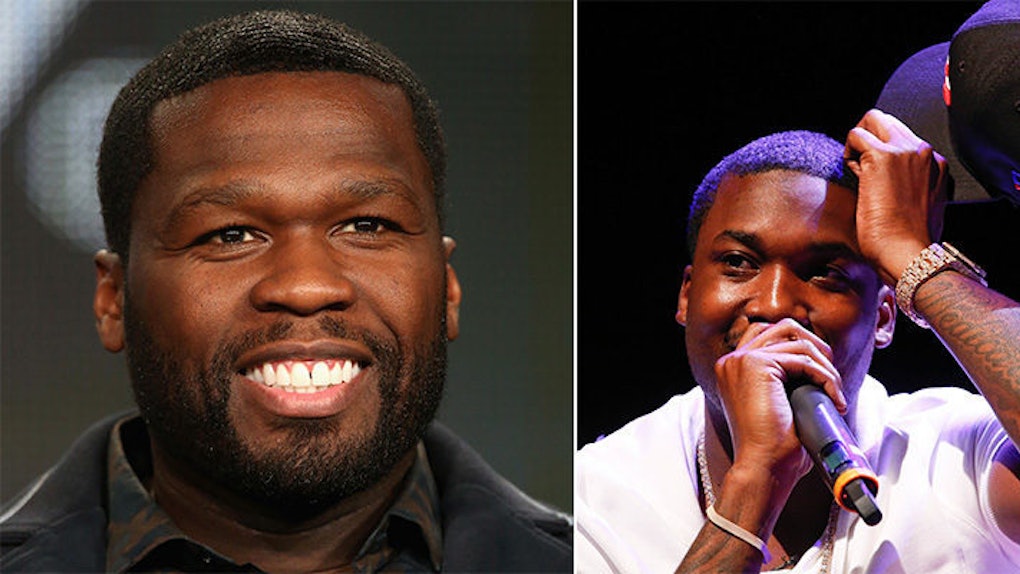 On Sunday, 50 Cent launched a brutal Instagram assault against rapper Meek Mill in response to Mill's insult-track, “Gave Em Hope,” which implies the Get Rich Or Die Tryin' rapper is a has-been.

The song's lyrics include the following lines, seemingly directed at 50:

You tried to go 'Money' May with that paper/ but now you in debt, cause you never was that/ F*ck is you high? You know better than that.

50 Cent, it seems, did not appreciate Meek Mill's commentary on his financial situation.

In a series of Instagram posts, 50 referred to Mill, who is dating Nikki Minaj, as a “sh*thead” and wrote,

Hey sh*t head, your career is over already. You better focus on getting Nikki pregnant so you can at least get child support girl.

(Side note: I don't think 50 understands how child support works).

See the drama below.

It started with this (very mature) mashup of Meek's face and a poop emoji.

And it pretty much went downhill from there.

As one commenter pointed out, 50 has “no chill.”

He was makin' Mill memes…

...and generally doing everything he could to make sure Mill got the message.

He made sure to include insults that would really burn.

And he finally stopped his assault after two long hours.

Meek responded by rubbing his riches in 50's face.

But he ultimately decided to be the bigger man.