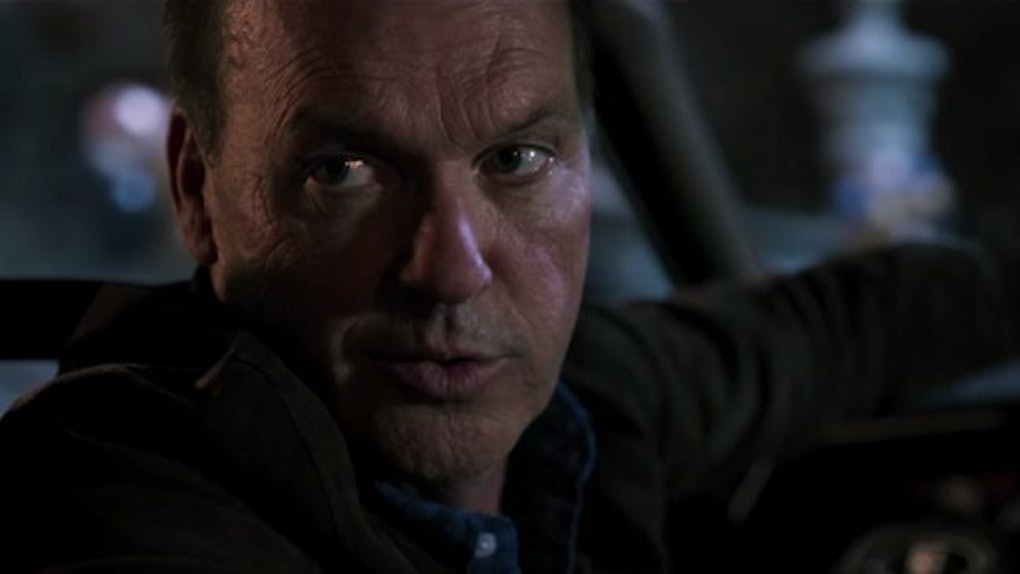 It's a truth universally known by all Marvel fans that you never leave the theater right after the last scene. We all know the MCU has a sneaky habit of adding at least one extra scene during or after the end credits, some of which are even more exciting than the movies themselves.

Well, in keeping with tradition, Marvel's latest smash hit, Spider-Man: Homecoming, has not one, but TWO, special scenes during the final credits. The first, which interrupts the credits, follows up with Vulture's storyline from the film, and the second, which airs directly after the credits, is a little comic wink at fans from Chris Evans as Captain America.

The first scene with Vulture/Adrian Toomes is the more interesting of the two IMO because it might hint at a future storyline in the Spider-Man franchise.

During the scene, we see Toomes in prison after his showdown with Spidey late in the film. While he is there, he is approached by another prisoner who asks about Spider-Man's true identity. Of course, Toomes knows Spidey is really Peter Parker, but he pretends otherwise in order to protect the superhero's identity.

The way I see it, this could mean one of two things: 1) Vulture doesn't want anyone to know who Spidey really is because he wants to be the one to take him down, or 2) Vulture is thanking Spider-Man for saving his daughter's life, as well as his own life, by not revealing his identity.

According to Homecoming's director Jon Watts in an interview with Entertainment Weekly, it's a little bit of both. Watts says,

That's what is cool — [Toomes] gets a moment of redemption and he gets to protect Peter, even though Peter would never know. It's his way of saying thank you.

While that's all sweet and nice, I'm way more excited for a version of this scene that indicates Vulture will return for future Spider-Man movies. On that note, Watts reveals,

Toomes definitely could come back.

TBH I wouldn't be surprised at all to see Vulture again, especially since the last thing we see of him in Homecoming is an ominous smirk on his face that indicates his story isn't finished yet. I guess we'll have to wait and see on that one.

The second end-credits scene is less of a teaser for what may be to come and more of a funny jab at the Marvel fans who religiously wait until the final credits are done rolling.

This one features Captain America in one of the PSA style tapings we see at Peter's school during the film. This time, he's talking about how patience is necessary, and it isn't always rewarded...kinda similar to how fans waited until the end of the credits for... nothing. Oh well, Chris Evans is worth it if you ask me.