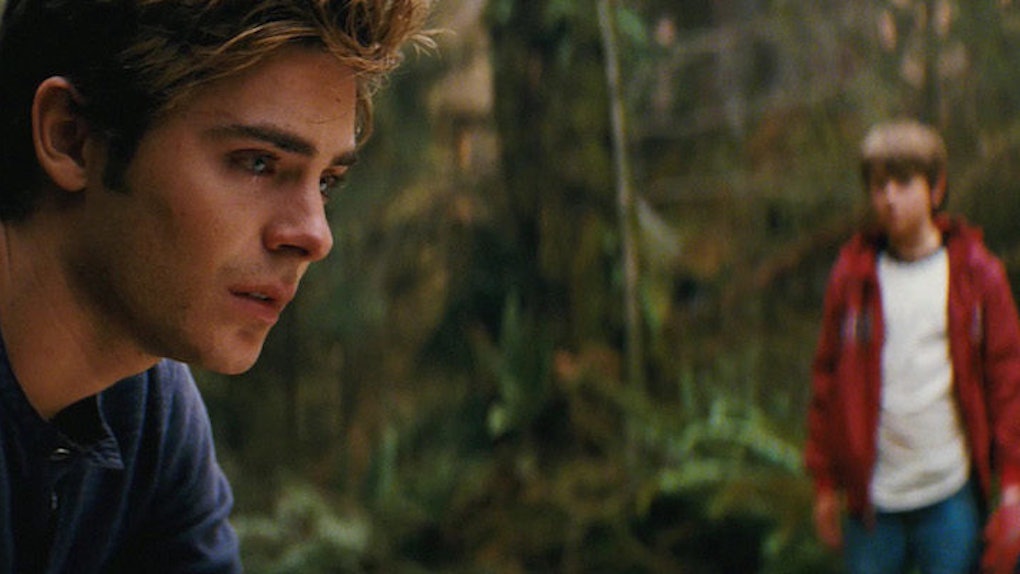 Life Goes On: Why Losing A Sibling Is A Distinctly Painful Loss

I came into this world nine years after my sister did. She was in middle school, and I was this new person in her life. Her friends wanted to hold and play with me, and her parents and brother were completely transfixed by me.

Fast-forward five years to our parents divorce, and I was this small human who required her attention and affection. She was a teenager dealing with things she wasn't emotionally prepared to handle, and she also had to babysit me and my brother.

Fast-forward another few years, and she was in her senior year, partying, dating and still watching me on Thursday afternoons. She hid her bongs from me, telling me they were flower vases when I found them. She carted me from theater practice to basketball games while my mom worked.

Fast-forward another three years, and she was gone.

She was gone from the world in the blink of an eye because she got wasted at a party, and she rode home with a friend who had been drinking. They were three miles from her apartment when they hit a tree. They were both killed on impact on a freezing cold night in February of 2005.

When you lose a sibling, your entire world shifts. I'm sure this is true of any monumental loss, but I will never be able to put into words the way your heart aches for siblings.

At first, the changes were obvious. There was no more sisterly advice about sixth grade boys, no more shopping trips, no more raiding her snack cupboard after school and no more singing along to classic rock in the car, even though I didn't actually know the words.

There is one less plate at the table and an empty chair on Thanksgiving. Those are the changes you expect immediately. But there are other changes that come much later on.

It's been 10 years, and every Christmas Eve is a battle of emotions because we always slept together and stayed up to talk. Every single heartbreak from a boy seems progressively worse because I know she would have given me the right advice the first time, so I wouldn't let the same boy hurt me over and over.

I hate every one of my birthdays because it means I'm grower older without her, and even worse, I'm surpassing her lifespan. I'm going to pick out my wedding dress without her, and I'll probably marry a man who never knew her and won't understand the magnitude of her impact on me.

I wouldn't trade the years I spent with my sister for anything; they were the most precious gift I have ever been given. I just wish they were longer.

I know I'm not the only person who has ever lost a sibling, and sadly many people will endure this pain in their lives at some point. What I want those people to know is you don't go through the stages of grief and come out the other side healed. You will go through those stages a million times in your life.

Every time you remember your loved one is gone, you'll go through them. I also want you to know it's not just her birthdays, anniversary of her death or Christmases that are hardest.

It's the Tuesday morning when you're sipping your coffee on your porch, the sun is shining and everything is wonderful, until a tidal wave crashes into you and reminds you she's gone. All of a sudden, the world is falling apart at your feet all over again.

What's important to remember is the wave will crash into you hard, but then it will slowly drift back and barely lap at your toes. You allow yourself to feel, hurt, cry, break and then you rebuild again.

You do not have to move on, forget her or pretend agony doesn't exist. You don't have to "be strong" for anyone, including yourself. You need to take good care of yourself and love yourself as much as your sibling loved you.

I remember seeing the movie "About Time" (an understatedly amazing movie), and in it, a character passes away. The son says to the wife of that character, "How are you?" She responds, "I am f*cking furious. I am so disinterested in a life without your father."

You can break something, hit something, scream at the sky and be pissed the f*ck off. You need to be gentle with yourself, realize you're doing the best you can and know some days are harder than others.

This loss has become a part of who I am, and missing her is so constant, it's grown to be included in my identity.

My favorite flowers are grape hyacinths and lily of the valley. I love a good sour beer. I'll take a sunrise over a sunset any day, and I miss my sister with every cell in my body.

You could ask me again in 100 years, and my answer will still be the same. Until the day I hold her in my arms, I will go on missing her, always.