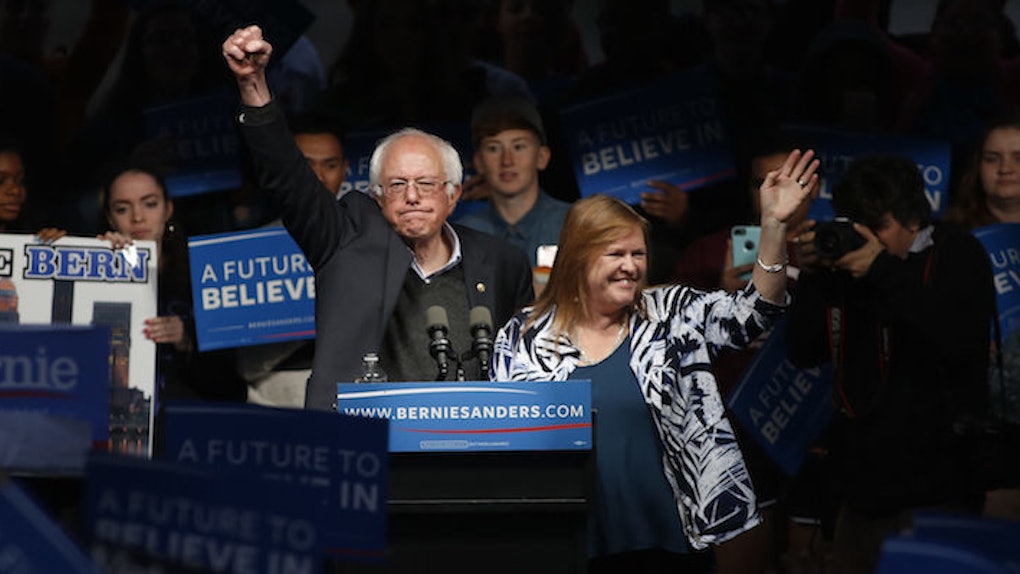 On Tuesday, Senator Bernie Sanders pulled a huge upset by defeating Hillary Clinton in the Democratic primary in Indiana.

Sanders was polling behind Clinton by seven percentage points in opinion polls prior to the primary. But, similar to the Michigan primary, the polls were wrong.

This win was not only unexpected, it also adds significant momentum to a campaign many argued was already over.

Even with this victory, however, Sanders is still significantly behind Clinton in terms of delegates, and he certainly has a very tough road ahead.

From a mathematical standpoint, many continue to argue he has no viable chance of winning the Democratic nomination.

But the Vermont senator is definitely determined to stay in this election, and won't be bowing out anytime soon.

During a telephone interview with AP after his victory on Tuesday, Sanders said,

The Clinton campaign thinks this campaign is over. They're wrong. Maybe it's over for the insiders and the party establishment, but the voters in Indiana had a different idea.

Sanders also argued he has the best chance of defeating Donald Trump in the general election.

Donald Trump also won in Indiana, prompting Senator Ted Cruz to drop out of the race.

Trump and Governor John Kasich are the only remaining Republican candidates, and the real estate mogul is now the presumptive GOP nominee for president.

Regardless of where you stand, it's hard to argue with the fact this has been a strange and dramatic election.

But, in spite of the circumstances, Sanders is not done fighting.