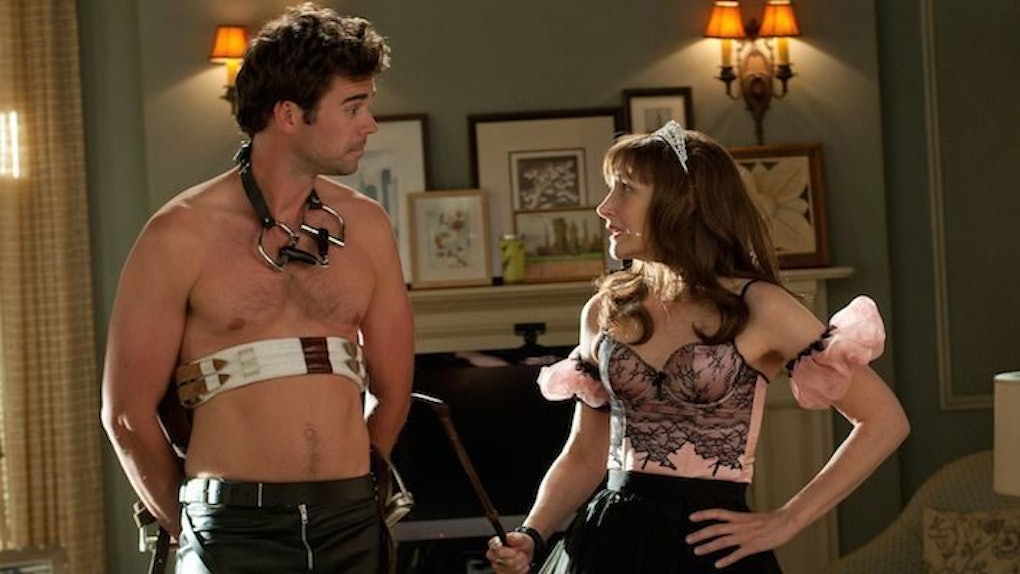 Just because you’re not in a relationship doesn’t mean you’re not having sex, contrary to what our parents might like to believe.

As long as you’re being safe and it’s your choice, sex can be a pretty fabulous thing — a thing even the single crowd wants to be a part of.

One might argue that there are more single people out there having sex at any given moment than people in committed relationships.

Just like with relationship sex, single sex comes in many different forms.

There will never be a right way to have sex, or a right situation for it to come out of.

There are many different ways to find and have sex in the single world, but here are just a few you might be able to relate to:

It really wasn’t that great, but you don’t say anything. It doesn’t matter as much as it would if you were seeing the person exclusively.

You don’t have to keep doing it, and even if you wanted to, it probably wouldn’t happen, so addressing the issues doesn’t really matter.

It wasn’t the best sex you’ve ever had, and that’s that. It definitely wasn't the greatest showcase of your skills.

Maybe the chemistry was off. Maybe you just weren’t feeling it. Either way, oh well.

You’re out, you’re getting drunk and the drunker you get, the more you would really like to get laid.

You know there’s a large possibility that it won’t be the best sex you’ve ever had.

Maybe it’s with someone you know, and maybe it’s not. It might not be the best idea you’ve ever had, but as long as you’re safe about it, why not? It happens.

3. When you wish it would turn into more than just sex.

It's just sex, and it’s been just sex, for a while. You tell yourself you can handle this whole “no strings attached" thing.

You are chill and mature. You can do it.

You’re with the person one night and when it’s over, you feel yourself wanting to hang on for a little longer, wanting to cuddle and talk about life, just wanting more.

You tell yourself you’re okay with just the sex, but you have a feeling you might be lying to yourself.

4. With someone you’re already friends with.

It’s possible you and this person have been due to have sex for a long time, as in you’re flirty friends who’ve had tension since you met years ago.

Or maybe, you guys are just friends who never really thought about things that way before, but there’s a first time for everything.

Either way, you know this person really well, and overall, that probably makes the sex so much better.

There’s already a closeness and a level of trust that exists. The sex does have the possibility to f*ck things up, of course. Sex always does.

It also has the possibility to start something that was maybe supposed to happen all along, and that just might be worth taking a chance on.

It also might just be fantastic sex with someone you care about, and nothing more.

You weren't planning to have sex. It wasn’t even a remote possibility in your mind.

There are sometimes those nights when you don’t have any plans to get laid, but you throw on a cute pair of underwear and some extra perfume anyway, just in case.

This was not one of those nights. You were in no way prepared.

When you realized it was happening, you just kind of had to take a deep breath and hope for the best.

You could turn it down, but I mean, come on. Hey, sometimes happy accidents are a good thing, right?

6. When you both know you shouldn’t.

So often, there’s that one person who you know you shouldn’t be sleeping with. It's a friend's ex, your ex or someone who is already some form of taken.

It's someone you’ve shared a bed with before, or shouldn't go there with in the first place.

You both do it anyway, with a weird, intense passion that comes from it being so forbidden. Afterward, you’re not sure if you regret it or not.

It wasn’t supposed to happen, but that still doesn’t mean you regret it.