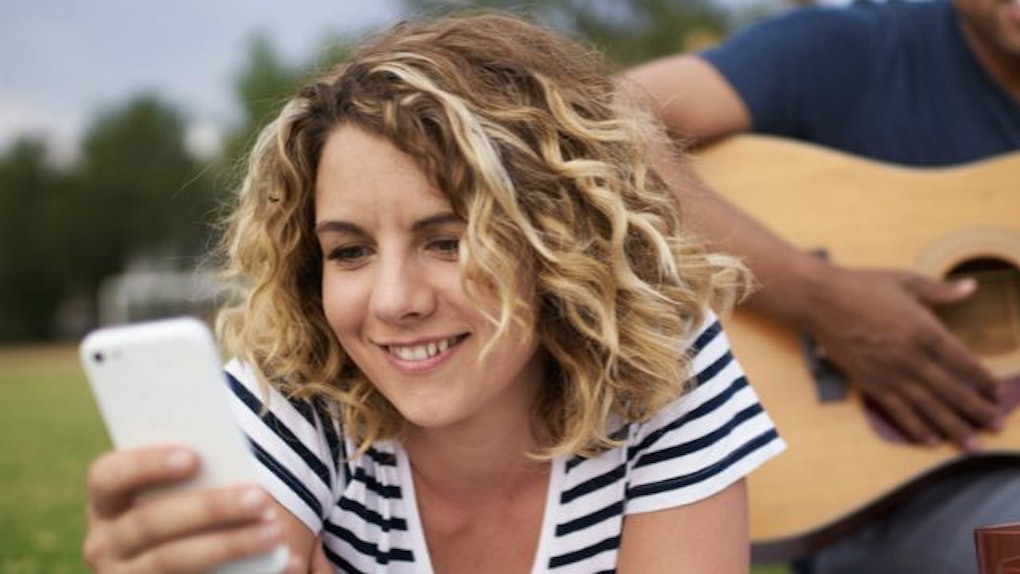 Women Fantasize About Their Exes More Than Men

Somehow, some way, one of your casual hookups managed to stick around for the long haul. (Or, you know, unless you guys break up and it was just a medium haul.)

The dating apps haven't been on your phone for months, you've posted a smiling photo featuring your sweet babboo as your Facebook profile picture and you've even met the parents.

Except you keep checking your ex's Instagram account and watch their stories, even though you know they'll get a notification that you've watch it.

And on top of that, you're thinking about going to bone town with them.

Men fantasize about other women in bed, that's a fact.

But before you give into the end of cuffing season you should know that a lot of women fantasize about their ex. That may be worse, because of emotional attachment and actually knowing that person versus daydreaming about Mila Kunis.

Psychologists at Ohio University performed a study, commissioned by IllicitEncounters.com, and found that only 48 percent of men have sexual fantasies about their ex, but 60 percent of women still think about hanky panky with their former flames.

Students between the ages of 18 and 25 were observed for over a week. The 283 students recorded every time they thought about sex, food and sleep during a day.

According to Her, females think about sex at an average of 18.6 times a day.

That's about every 51 minutes, if they get a full eight hours of sleep.

Men, however, thought about sex every 28 minutes.

IllicitEncounters has a theory on why women may think about their exes:

Women are becoming increasingly sexually assertive and less prepared to settle for second best in a relationship. Women don't tend to marry the guy they had great sex with. They marry for more "sensible" attributes – like whether he'll be loyal and a good father. Mr Sensible is fine for the first five years of marriage but after that women get restless and seek excitement elsewhere.

Ladies! Respect yourselves! You can have sensible guys who are also freaks in the sheets. We can have it all!

Sarah Berry, a sex and relationship therapist, told Telegraph her own theory:

If you have unresolved feelings about your ex it's easy to create an idealized version of them through your fantasy, and compare your partner with this. If you find you are doing this, have a think about your ex, what you miss, what was bad and what was good. Try and paint a realistic picture. It could be the fantasies acting as a barrier between you and your partner to protect you from getting hurt. It could be that you need more time to heal. Or it could be that your current partner isn't for you . Working out what fantasies about past relationships mean to you should help you work out what you want for yourself now.

Personally? The only time I think about an ex is if I'm comparing my life to their's and hoping mine is better. Immature, yes. Fulfilling? Only if my life is better.

But if your girl is thinking about her ex it doesn't mean your relationship is on the rocks. People are allowed to have fantasies, as long as they don't act on them.

Citations: Almost 60% Of Women Have Fantasies About Sex With Their Ex And Here Are Some Reasons Why (BroBible)