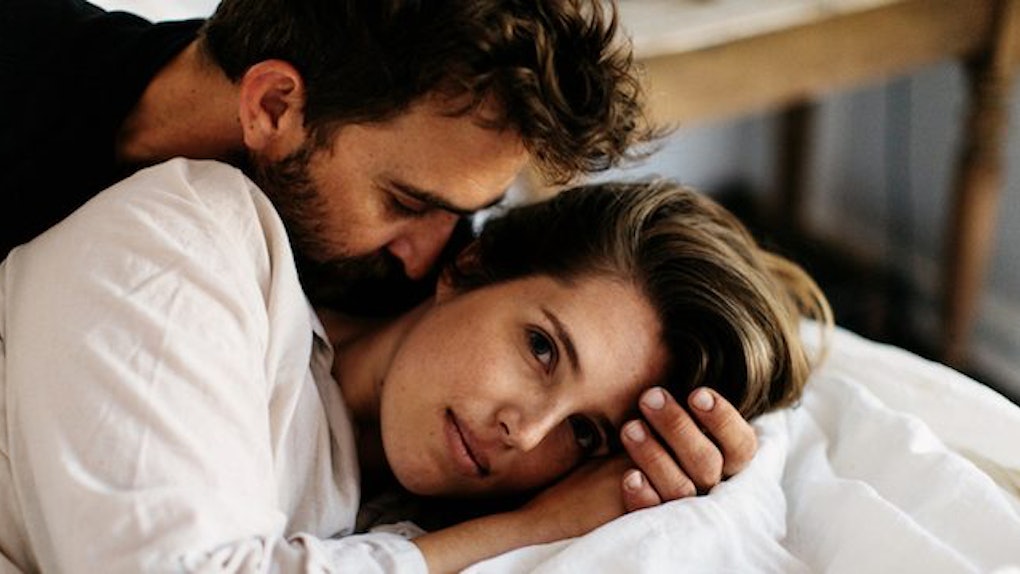 Why We Fantasize About Other People In bed

Ever find your mind wondering to a young Robert Downey Jr. when you're in between the sheets with your long time smoosh partner?

No? Just me then?

If not, maybe you've caught your boyfriend checking another woman out and wondered if SHE's on HIS mind while you're playing a sexy, German milkmaid girl (again, just me?) in the bedroom.

If you're human, you've probably worried about your boyfriend imagining someone prettier, leggier or more porn-star-ish while getting it on with you.

Turns out, if that's happening, it isn't necessarily a bad thing. Picturing or fantasizing about other people while you're having sex with your significant other is super common, and in fact, pretty healthy.

The School of Life, an organization dedicated to "developing emotional intelligence through the help of culture" according to their website, recently released a video touching on this very subject.

It explains that while, of course, holding a person close in your heart leads to romance and companionship, when it comes to sexual relationships, sometimes humans need distance.

This means they could fantasize about an acquaintance, a close friend or even a random person they saw on the street while simultaneously getting it on with their long-term partner.

This is also a way to keep things exciting and interesting in an individual's sex life without sacrificing their relationship.

Ohhhh, what sneaky brains we all have.

Medical Daily reports a 2015 survey that found 42 percent of men and 46 percent of women have pictured someone else while having sex. In fact, 15 percent of women confessed to regularly thinking about sleeping with an ex during their current courtship.

However, no harm. No foul. The Story of Life's video explains,

We need to fantasize about other people, not because we don't love out partners, but because our lives are so deeply entwined with theirs — and we need an area of romantic freedom, away from entanglements.

The video later added that good sex can require some "otherness," aka something separate from our very close, very present day-to-day relationships that can include much more complex and even boring behaviors and habits outside of spicy intercourse.

All of this to say, nobody to panic if you find that your thoughts (or your partner's thoughts!) are wondering. A healthy imagination in bed can lead to a healthy relationship IRL.