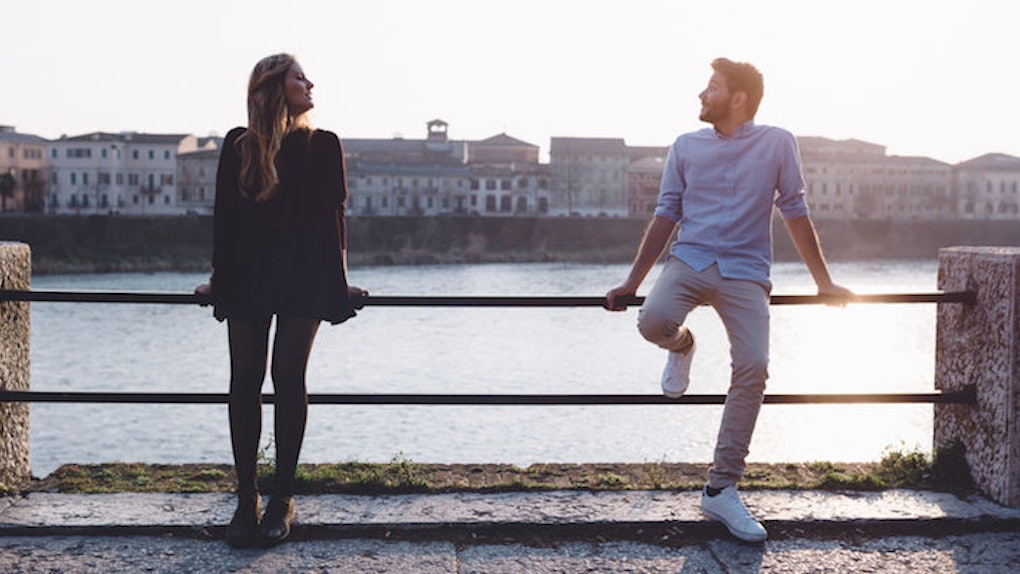 This Could Be Why Your Boyfriend Has Unexplainable Trust Issues

I'm on Instagram one day and I see that an “old flame” got engaged to her longtime boyfriend. Congrats to the beautiful couple! I love seeing young love succeed, my feelings of elation for the couple a sense of nervousness and fear. The thing is that she was in a “committed” relationship with this same guy at the time when she was my “flame.”

This is not judgment on either party. I was just as guilty as she was, and I am ashamed to admit that it was not my first foray into the world of being of the side dude. The thought of that potentially being me one day just scared the sh*t out of me.

I'm not sure whether or not the guy knew about her fallacies in this situation, but the notion that she could possibly just be marrying this poor unsuspecting fella without even a second thought in her mind really scares me.

I'm genuinely happy for the couple if they were able to work through her infidelity and move on to live a happy life together (because, hey it happens), but it does concern me.

I've been on both sides of the equation. I've been cheated on; I have trust issues that I've been working so diligently on. However, in retrospect, the above situation and the couple of other similar situations that I have shamefully been a part of are most likely the real reason for my trust issues.

Being the victim of infidelity, I was able to move on as time went on. It hurt, but I am able to do my due diligence in figuring out why it happened allowing me to get over it. However it was my own dealings with other men's girlfriend that really remain imprinted in my mind.

I'm not sure if the guy in my example knows about what happened between us or not. What I am sure about is the fragility of the male ego. I could only imagine how crushed I would be if I found out that my fiancé cheated on me -- even if it was years prior to our engagement. The thought of being in his position scares me.

Women have even been comfortable enough to say some pretty horrifying things to me in regard to their significant other. I was never one to solicit such discussions, as I always had a second conscience and I was always very uncomfortable in that position. I make every effort to deflect the subject, but generally, if a woman is hurt enough to cheat, she's going to talk about what's hurting her. The thought of, “What if this was my girlfriend?” couldn't help but linger in the back of my mind.

“But Shaun, why would you continue to lay with a girl whom you knew was spoken for?”

There are a bunch of reasons, and I would need a whole other article to answer that. But more or less, it's immaturity, insecurity and a skewed sense of masculinity that many young men in their early 20s possess that tend to lead us into the bed of someone else's significant other.

The long term reward, if any, is absolutely nonexistent at best. What did I get out of it? A huge sense of paranoia and distrust for women, that has altered a relationship or two since. Sometimes it wasn't even the lady I was dealing with that caused me to have trust issues. It was women (or girls) I've dealt with prior. Nobody should have to pay for the sins of others.

I would urge the guys out there to learn from me and rethink your decision to be the other party when someone feels like cheating. You might feel like the man, or you might just lack self-control and it might lead you into the arms and bed of someone who belongs to someone else. But it really isn't worth it -- not only for the other two people involved but for yourself as well. If you have any kind of conscience, you are bound to second guess other women you may come into contact with.

It's literally been years since the last time I knowingly involved myself with a lady who was in a relationship. YEARS. I've had karma come back to bite me, yet my paranoia remains.

Believe me, the long-term trust issues aren't worth the 30 minutes (for some of us) worth of temporary lustful pleasure. It's better to just do unto others as you would like them to do unto you.