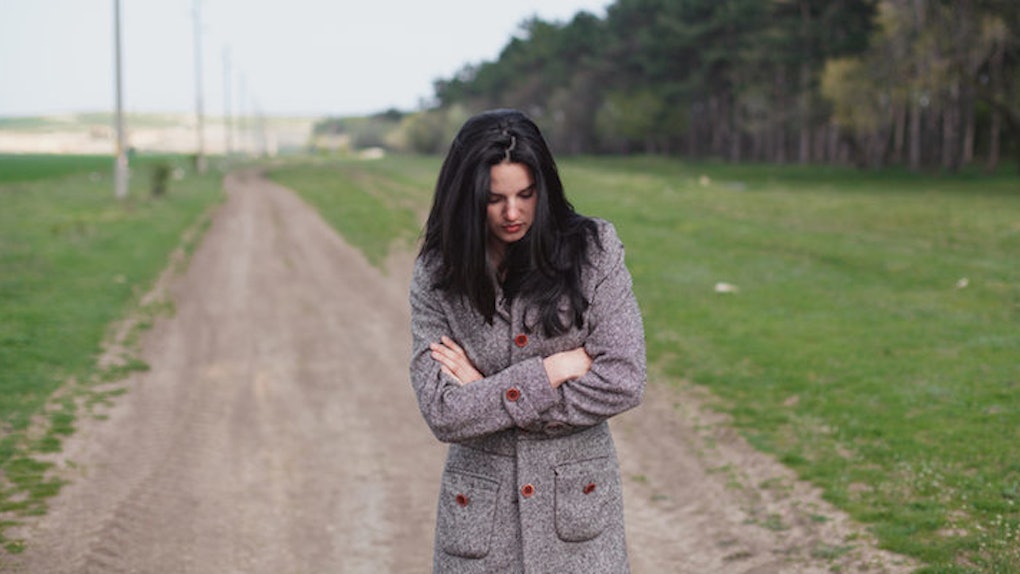 Remember those days in high school when you spotted the cute guy in the classroom across the hallway? You used to blush every time he passed by, and you instantly looked at your shoes the moment he smiled at you.

Approaching him to tell him how you felt seemed surreal and impossible. Even the thought of it made you freak out.

What if he says no? What if he laughs in my face?

Fast-forward, and you’re in your mid-20s. The story repeats itself, but now you're a mature, confident and mature woman.

To hell with your nerves! You like him, so you're going to get him. Leave all the prejudices about men making the first move behind, and listen to your heart.

It's easy to say, but doing it is another story.

When giving it a second thought, though, what can really happen? If he rejects you, you move on and get rid of that “what if?” feeling.

I'd known this guy for about a year, and things had never been clear between us. We liked each other and had things in common, but there were long periods of time when we didn’t even talk.

He sent all the wrong signals. He would engage me in the idea of a possible sparkle that would go beyond friendship, but he'd step back every time I brought it up.

So one day, I just decided to open up and ask him one last time if there was any possibility of us being together.

We hadn’t spoken in a while, so he confessed he was involved in a new relationship, and he wasn't attracted to me.

Did the sky fall on me? Quite the contrary.

A mix of emotions went through my mind during our conversation, but a few days later, I could identify all of the feelings I experienced while opening up to my crush.

The first wave of emotion I felt while the words rolled out of my mouth was genuine relief.

It takes a lot of energy to hold back your feelings, and I learned a negative answer is better than no answer.

Living in the dark makes you imagine all sorts of things, and it's not healthy for you. When I actually put it all out there, my heart felt lighter.

It would be deceitful to pretend I didn’t have a glimmer of hope.

Of course, rejection was something I prayed wouldn’t happen, but I tried to be realistic so I wouldn't be too upset.

Disappointment is a sneaky bitch, though, and it finds its own ways to crawl into your mind and heart.

Rejection is never pleasant, and it makes you question yourself. You wonder what you could have done differently, but sometimes, it just isn’t up to you.

You know that feeling of your heart breaking into a million pieces? You're allowed to feel that for a few moments. (You can take longer, too.)

After all, if you didn’t really mean what you said, you would have kept your mouth shut. But in order to bravely face heartbreak, you prepare to reveal your feelings.

I, for one, postponed the actual dialogue for a long time. When I was completely confident, I could then face discovering the unknown.

Be angry all you want. Frustration and anger usually come from his reasoning for rejecting you.

“I have a new girlfriend.”  Why didn’t you bother telling me sooner?

“I am focused on my work now.” Douchebag.

“I like you just as a friend, and I don’t feel attracted to you.”

Then why did you kiss me and sent all those signals?

After anger and disappointment pass, you start seeing the bright side.

There are only three options when you open up to someone and tell him how you feel: 1) He says yes, you get involved and you realize you're not right for each other 2) He says yes, and everything turns into a fairytale or 3) He says no, and you can move on to find your Prince Charming.

It suddenly sounds promising. You have new opportunities, and you can go after all of them.

6. What doesn’t kill you makes you stronger.

It takes a lot of courage to reveal your true feelings to your crush, so you'll really boost your confidence. Facing rejection makes your skin thicker and your heart stronger.

Fear isn't allowed in the room, so this experience is supposed to make you braver. The chances are 50-50, but next time you'll know 100 percent that rejection doesn’t kill you.

It can just make you stronger every time.