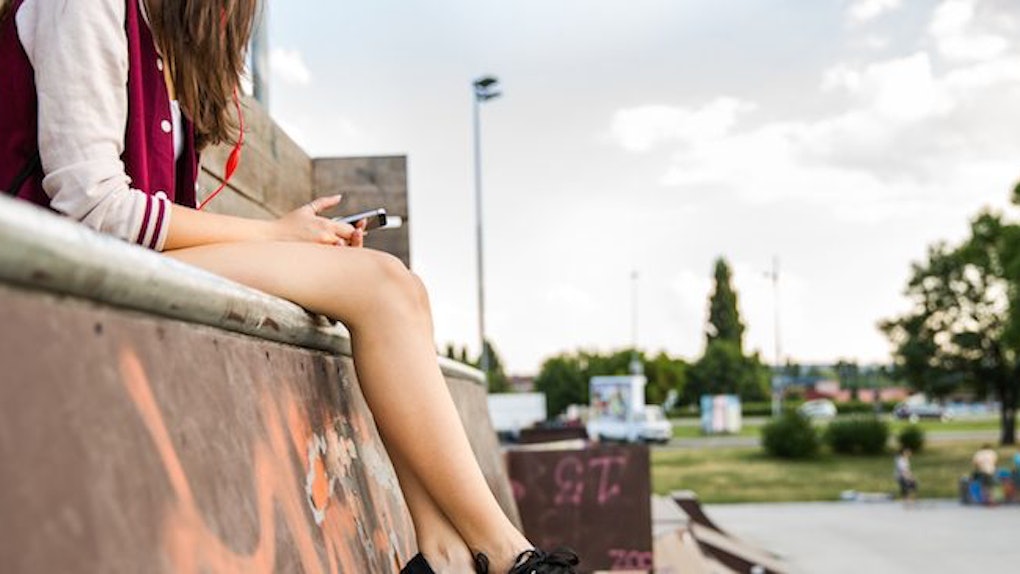 What Meeting Someone Online Is Really Like, According To 12 Women

My first online date was with a hot sauce purveyor who had previously sold me a bottle of liquid habanero at a bazaar that I had gifted my dad for Christmas. (I live in Brooklyn.) I feel like we probably re-met on Tinder, the only app in existence at the time. We went for a drink and then to a dope oyster and burger dinner, but I ended up augmenting my sore throat to bronchitis when he asked me out again. If you're wondering what meeting someone online is like, it's weird, even if they already sold you a spicy condiment in real life.

A year or so later, I saw Hot Sauce's face blown up in Time Out magazine, and I now pass his storefront regularly. It would seem that I missed out on being the empress of a chili pepper fortune, and that's a reality I'll have to face the rest of my life. (#Emotional.) Conversely, my second online date led to almost a year of semi-dating, and a year more of staying in touch via text and the occasional bed, and I'll always be happy that I met and know this person.

Forgive my lazy Forrest Gump reference: Online dating is like a box of those goddamn front-display-at-the-drugstore-in-February chocolates — you never know what you are going to get, but it's probably going to be dry and flavorless. The first online date you ever go on is undoubtedly the most nerve-wracking of all. It could lead to marriage, or it could lead to literal con artistry. (Keep reading.)

After speaking with real live human women via emails and Reddit, I now have the evidence to back up the following thesis: Meeting someone online for the first time is strange, vulnerable, and always makes for a good story.

This woman lived all of our mansplain-ey nightmares. (Don't @ me.)

This friend of mine is so evolved that she literally made a new BFF.

I matched with him on Tinder when the app was still relatively new to market. We talked via the app's chat feature intermittently for two+ months before he suggested we meet up in person for drinks at a now-closed West Village NYC bar. As far as first dates with a relative stranger go, it was great in that it wasn't at all awkward and the conversation flowed seamlessly. After two or three additional dates, he and I both realized there wasn't really a "love connection," though we both agreed we enjoyed each other's company, so we began a friendship. Fast forward four years to present day, he became and remains one of my closest and best friends. (TY Tinder!)

Even though I know this story and the guy she met (who is awesome, BTW), I still want to high five my friend after rereading it. That's an adult-ass moment.

This friend may have gone out with Mike Pence's daughter.

Met a woman on Match.com when it was new. Was invited to see a movie in the city that she was a "background actress" in called The Bounty Hunter, which has 13 percent on Rotten Tomatoes. Drove/trained/subways all the way from my home on Long Island to the Lower East Side in Manhattan. Watched the movie. Then, the credits roll. "Hey let's stay for the whole credits," she says. When the theater is empty, she says, "OK, I have to ask you a serious question to see if I want this to go forward." I said "OK." Then, she says: "How do you feel the homosexuals fit into God's agenda?" I promptly concluded the date and left for my train to Long Island.

This woman was way ahead of the times.

AOL: the OG dating app. Also, how peeved is AOL that they didn't come up with Tinder?

This woman had a three-way on the first date.

I'm going to go out on a limb here and say that dates are not the time to try out the buddy system. Woof.

My first ever internet date asked me out for drinks to this really cool spot — beer garden type vibe — on like a June weeknight. I had high hopes. But then he legit ordered a vodka redbull. #no.

It doesn't give you wings, guys.

This friend met up with a real life con artist.

I finally got on Bumble after resisting for too long and matched with this guy named Dan. He seemed cute, pretty basic, but his first picture was of him and Bill Murray, so I had to swipe right just to hear that story. He had just moved up here for a job as a Senior VP a large bank. We went to a bar on the waterfront in Boston. Conversation was flowing; everything was fine. Then, we went to another bar to get more drinks and some food. Shortly into the second spot, I could tell he was getting a little drunk. When it came time to pay the bill, which was something like $150, he whips out his wallet and is like, "Oh no! I forgot ALL my credit cards at home," then added, "I was getting really frustrated with the credit card industry and the interest rates, etc." But like, he works at a bank? So I'm like OK, why don't you just Venmo me? He's like, oh I'm not on Venmo, I don't believe in it. Whatever. (To clarify, I am 100 percent a feminist, but I also believe in manners and if someone asks you out, and it was his idea to get food, then he should pay.) After the date ended, he texted to ask me out but never Venmo'd me, and wanted to take me out again to pay me back. No thank you, he'd probably forget all of his credit cards again. I highly doubt he worked at a bank at all. That's the story of my first and last online date.

Dan is still out there. Beware the Bill Murray profile pic.

This woman will give you hope.

This friend didn't find love, but she found something better.

My first date from OkCupid was so lackluster. It wasn't even bad, just boring, and we both knew it and didn't pretend "we should do this again sometime" at the end of the night. BUT it was totally worth it because he took me to this wine bar, Amelie, on West 8th street, and I loved it and go there all the time now.

A new favorite bar is somebody to love, too.

This woman's date was sealed with a kiss.

This friend had kind of an epic adventure.

A 37-year old Greek wine bar owner had me at one of his restaurants and served me the whole menu. Then, he paraded me around on his arm. Then, he encouraged me to skip next Thanksgiving with my family promised to take me on a sailing trip somewhere amazing instead. (I forget where.) Then, he sat me on a brownstone stoop next door and force-kissed me. Then, we never saw each other again.

I love Greeks. (Except for the force-kissing part.)

This friend's first date was basically a honeymoon phase.

I had just graduated from college a few months prior when I first started using Tinder in New York City. The first guy I met in person from the app was a finance bro named Greg, and he was the hottest guy I'd ever seen. We made plans for dinner a week after matching — on a Saturday — and we spent the days leading up to that night texting so vigorously and intensely, it was like we were already dating. When the Friday before we were supposed to meet rolled around, we were both feeling way too impatient (and happened to both be going out), so we decided to just meet up at a bar. When we finally met in person, it was like all the fantasies we'd been projecting onto each other from a week spent texting came true. We went on a couple more dates and continued cooing to each other about how perfect we were together until he ended things due to some personal issues. I was beyond devastated! But when I look back on the experience, I realize that we had NOTHING in common. Now that I've been using dating apps for a couple of years, I'm way smarter about letting my imagination run wild for a person I know nothing about. All it does is lead me to obsess over someone I literally made up in my head... which is essentially what happened with Greg.

This last story is my favorite, because it identifies the biggest thing to remember when going on an online date for the first time: It's best not to have extremely good (or bad) expectations. All you know about this person is what they look like, 50 to 300 characters of self-description, their "iMessage voice," and where they want to meet up.

I've been challenging myself to go on more dates with people I normally wouldn't choose to meet up with. The men I've chosen to hang out with up until now haven't been right for me, so I clearly don't know what's good for me. The other night, I went on a date with a goofier guy than I normally would, and by the end of the date I found out that he was buddies with the liberal Kushner and knew people who could finance movies. (I work in film.) Hello, networking!

I'll end with this: Go on a date! Happy swiping, babes.