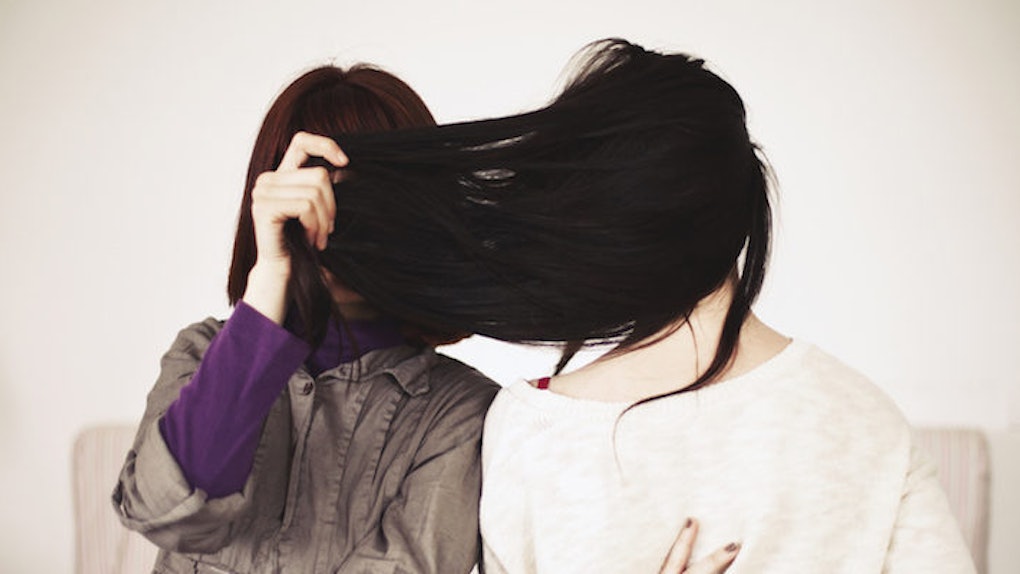 When the average person thinks about a toxic relationship, they might picture something volatile, erratic or dangerous.

While this certainly constitutes something toxic, there are a million sneaky ways a couple may be subconsciously (or consciously — gasp!) sabotaging their own relationships and happiness.

Of course, each partnership is a snowflake, blah blah blah. But there are a few key characteristics we can all look out for that might be damaging.

Here are five surprising ways your relationship might be toxic:

And no, I don't just mean Netflix and chilling on a Saturday.

I mean, you bring out the inner slob in one another and thrive on each other's laziness.

You enjoy each other's company so much, you prefer to stay in, sit on the couch and do nothing besides order some food on Seamless and let the sun rise and fall over your stagnant, couch bodies.

This might be common behavior in the honeymoon phase, but if you notice you and your sweetie's routine is full of sleeping in way too late, binge eating pizza, taking more naps, and most of your physical effort involving getting up to get another beer from the fridge, it might be worthwhile to get your butts off that couch and go get some fresh air or exercise!

You don't want to drag each other's energy levels and physical health down, do you? Come on! Adventure awaits!

You don't want to drag each other's energy levels and physical health down, do you?

You hold each other back.

These are subtle ways you might be keeping each other from growing as individuals.

Maybe you have a hard time watching your partner succeed without you. Maybe you find them always saying things like, "I don't know. That doesn't sound like you," when you try to do something new.

It can be hard to spot these red flags because, often, this kind of behavior doesn't come from a malicious place. It usually stems from jealousy or personal insecurities.

A good example of this is if your significant other has a hard time congratulating you sincerely when you've achieved something big. Maybe they feel minimized by your ability to achieve something without their direct contribution or support, or they feel envious of your accomplishment in general.

This in and of itself is toxic to your growth and a manipulative way to make you feel like you've done something wrong when you haven't.

If you find yourself constantly making resolutions, goals or to-do lists and falling short, take a look and see if your partner has anything to do with it.

You enable one another.

This goes for the obvious vices, like booze, drugs or reckless behavior, but it can also relate to bad habits or your general attitude toward the world.

An easy way to test this is if you find yourself saying things like, "We love each other because we hate all of the same people!" or "He's the only one who gets me!" when what you really mean is, "I can act like a garbage human and he won't make be feel bad about it and/or in fact encourages me to do it!"

If you feed off one another's negative energy or bad habits, you're ultimately putting each other at risk of being shittier people.

You're too dependent on one another.

Sure, sure, we all have an idea of what this looks like, but it can pop up in expected ways.

People usually identify codependent couples as people who can't go anywhere without the other person or a pair that only hangs out with each other.

While those are prime examples, there are a lot of other ways codependency can manifest.

Limiting your responsibilities and depending on someone else to handle them for you is just as bad as needing your bae to walk you to the bathroom at the movies.

You settled on each other.

This is one of the sneakier, more complicated ways your relationship could be toxic. Very often, people prioritize being comfortable over being in crazy, real love. It's a tragedy, and you are doing both yourself and your partner a disservice.

Everyone deserves big, fireworks love. And if you and your person are together because it's easy, you're bored or "it's just always been that way," take a good hard look at what your heart says about this person.

I'm not saying history can't grow into love, but I AM saying convenience is a shitty reason to be with someone.