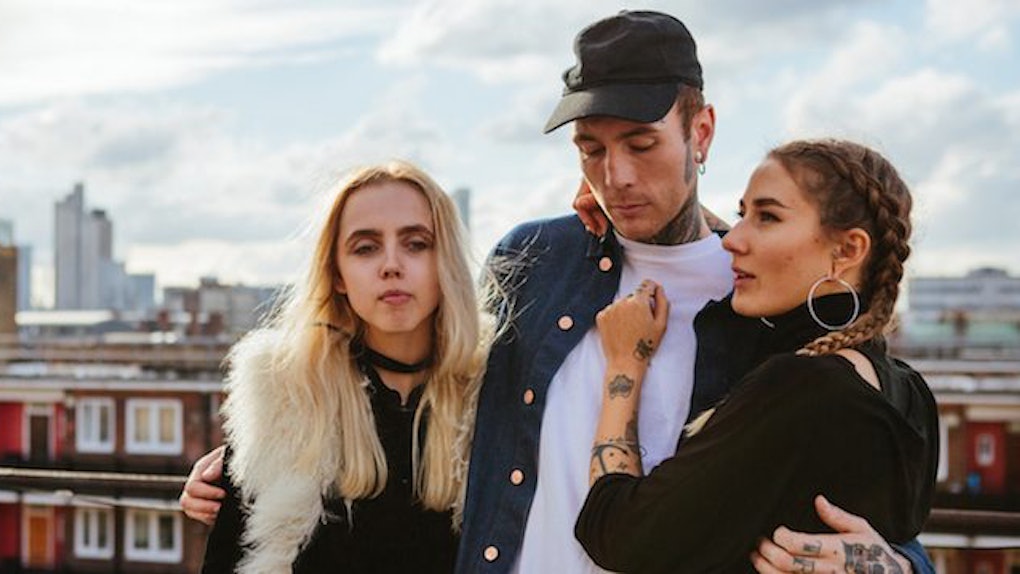 Video Shows How Some Brains Aren't Wired For Monogamy

Remember your douchebag ex-boyfriend who told you he was just "not built for monogamy"?

Well, don't worry. We can still hate him for being an evil cheating jerk.

BUT, a new video explains why he really might not have been bullshitting you as much as we thought he was.

In a video with Mashable, Dr. Roshini Raj used various studies to look into whether or not human beings are actually built for monogamy.

Dr. Raj starts off by explaining that, from an evolutionary point of view, females are built for monogamy, while males aren't:

From an evolutionary standpoint, it's better for men to have many partners to spread their seed, but better for women to have one partner who will help her feed and provide for the child.

So what is it, from a scientific standpoint, that makes some people more prone to monogamy than others? One study looking at rodents found that higher levels of a hormone called Vasopressin, which is linked to trust and empathy, correlated with higher levels of bonding. This link was also seen in human females

That being said, however, the way our society is structured — and the fact that it's just less complicated for a child to grow up with two parents — makes it so we are more inclined to be in monogamous relationships than we otherwise would be.

In Dr. Raj's words, "although we might not be biologically programmed for it, for many of us it makes sense to be monogamous."

(If all of this is making you think of that Cherub song "Monogamy," don't worry. I got you.)

But why do some people cheat more than others in these monogamous relationships? Don't worry, Dr. Raj covers that, too.

Apparently, cheating can actually activate the reward centers of our brains, but this effect can be more pronounced in certain people than it is in others.

According to Dr. Raj, one study found that men were typically more likely to have more casual relationships (or "flings") than women were, although almost half of the women in this study were also in this fling-prone group.

Need to find another clue as to whether or not your BF falls under the "cheating scum" category?

Well, another study Dr. Raj cites explained that the answer might be in his hands — literally. The study showed that a longer ring finger generally correlated to a greater tendency for casual sex.

So see what I mean?? Maybe your stupid, lying, cheating ex did love you after all! It was just his brain and his body making him cheat on you.

But either way, I'm glad we're over that guy.

From an economic standpoint, an emotional standpoint and even a social standpoint, being in a monogamous relationship is easier, but it's only human nature for some people to have a little bit of a wandering eye.

Citations: Biologically speaking, are you meant to be monogamous or monogamish? (Mashable)