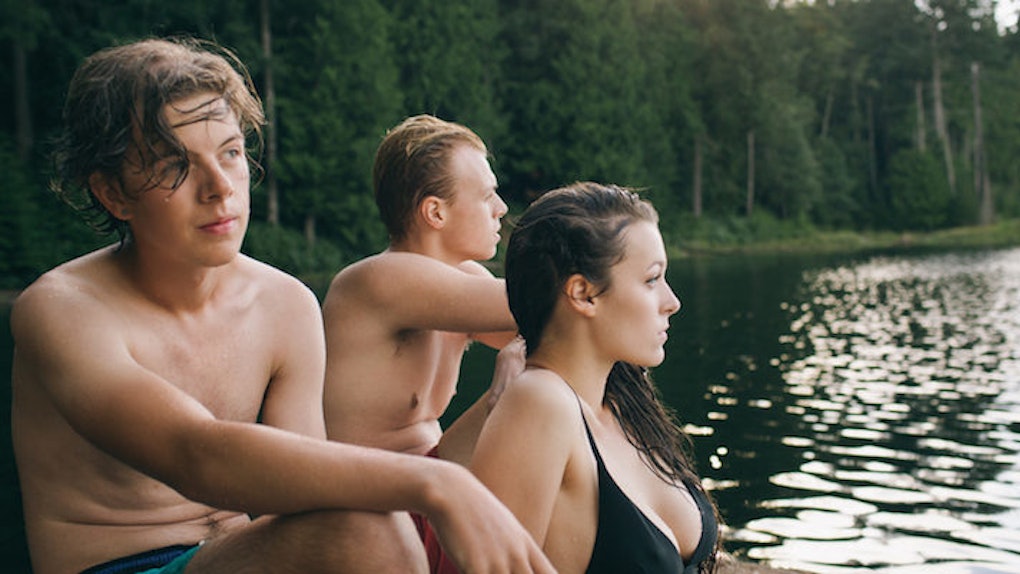 In the movies, when two guys are fighting to win one girl’s heart, it looks so romantic and beautiful. You sit there in front of the screen, rooting for the right guy to sweep the girl off her feet, and you cry happy tears when it finally happens.

The only reason it works out in the movies is because this fate lies in the hands of a screenwriter. In real life, it’s messy and unpredictable.

A couple of years ago, I was caught in a situation where two guys tried to prove to me why they each deserved me. I must admit, it was exciting at first because I thought it was cool two different people really wanted to be with me.

But that excitement didn’t last long; I soon realized how much of a problem it was.

I knew from the start their mutual hatred toward each other was sure to be detrimental, but I pushed it aside. I figured ignorance is bliss.

It wasn’t too long before the fighting began.

It started off with a lot of trash talking. Both of them would constantly rant to me about how much of an assh*le the other guy was.

My ex tried to tell me this guy was just trying to use me, and this guy would tell me my ex wasn’t good enough for me. There were so many things being said to me at once, I got a headache just listening to it all. I didn’t really know what to believe at that point.

Not only did they spit fire behind each other’s backs, they also had many face-to-face confrontations. Luckily, I never witnessed this, but I sure as hell heard about it.

In one situation, my ex walked up to the other guy in the school cafeteria and threatened to beat him up, while the other guy and his friends taunted my ex. Mind you, this was in college, not high school.

Yeah, I know. What a couple of great guys I found.

This whole feud lasted about a month, and I can tell you I didn’t end up with either of them. I’d like to say it was a waste of my time, but it also taught me a lot about how unromantic it is to have two guys pining after you at once.

Here are some lessons if you are going through a similar situation:

1. If you don’t know which guy you want from the start, that’s already a problem.

If you’re not 100 percent sure who you want to be with from the get-go, this probably means you don’t have clear feelings for either of them. Not only is that not fair to them, it’s not fair to yourself, either.

Don’t confuse your heart, and don’t play with their hearts.

2. The fighting is never clean.

Whether it’s a physical fight or a word-focused fight, it’s never pretty. A situation like this is never a good reason to fight.

Someone will most likely end up getting hurt, and you don’t want to be caught in the middle of that.

3. Something bad is always bound to happen.

Drama rises from this almost immediately because the situation is dramatic in and of itself.

In my case, my ex spread the word we were getting back together for sure, while the other guy spread a false rumor I'd slept with him, in order to make my ex jealous.

This isn’t something anyone should wish for.

4. If you have a choice to stay away from drama, do it.

If you find yourself caught between two guys, get yourself out of there ASAP. While it feels nice to be noticed by different guys, it’s also very crappy, due to the consequences that will arise.

Do yourself a favor, and end the feud before it really begins. You’ll thank yourself later.