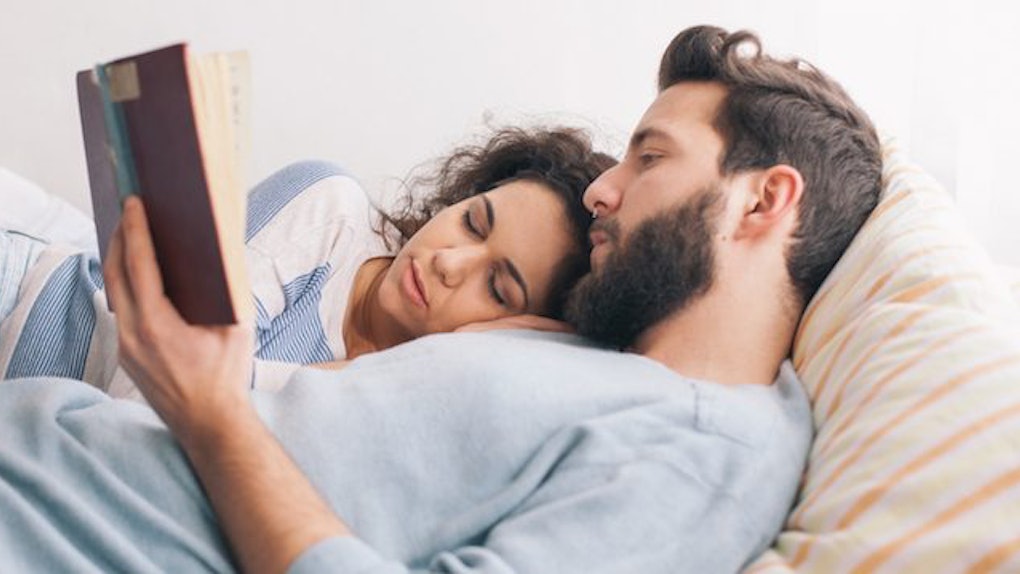 A few months ago, I read a headline that fired me up. I immediately texted my best friend and said, “This is absolutely ludicrous. How is this even a conversation?”

But I've encountered this more and more since then. I've seen multiple headlines saying "I'm A Feminist, But I Have Traditional Values. Is That Wrong?" And you know what? It still gets me riled up.

I am a traditionalist when it comes to relationships. That means I am a firm believer in monogamy, and I would not be in any way OK with my boyfriend cheating on me.

In addition to that, I celebrate the traditional milestones. I watch sports I don't care about because he enjoys them. And should we take our relationship to the next level, I would absolutely take his last name.

But, on the flip side, I'm a feminist. I believe that everything about a relationship needs to be equal.

So when I saw him across the classroom in college and knew that I wanted to get to know him, I found a way to get his number through a friend. I texted him first; I made the first move.

I pay for dates just as often as he does, and I am not afraid to speak my mind. Just because I'm a woman doesn't mean that I can't get what I want out of the relationship.

But that doesn't mean I can't like tradition. There is a way to balance feminism and tradition.

It irks me to no end to have to read these headlines where women question their feminist stance just because they believe in traditional values.

Wanting to take someone's last name doesn't demean your beliefs. It just means you want to become one with your partner and you're using your name to symbolize that.

You don't have to take your husband's last name. That's part of the beauty of feminism — you fight for a woman's right to choose what she does or does not do with her own life.

It's all about freedom of choice.

That's part of the beauty of feminism — you fight for a woman's right to choose.

Take my name, for instance. I love my name. It flows beautifully, so much so that people can't just call me Megan, it has to be Megan Mann. It's a great name and one that suits me quite well, if I do say so myself.

Marrying my boyfriend would change that. But that's something I'm willing to do.

I'm willing to say, yes, I made a commitment to this person and I want people to know that's obvious when they see my name. It's my own personal choice, and expressing that right to choose is the most feminist thing I could do.

Wanting a traditional marriage or relationship does not interfere with my desire to see equality across the board. Changing my last name wouldn't change the fact that I believe my best friend has every right to marry whichever man he chooses.

Going along with traditional values doesn't change the fact that I want equality for my future daughter. I want her to live in a world where she is paid equally for equal work and isn't considered less than because of her gender.

You can practice tradition and feminism simultaneously.

Having traditional values doesn't mean that I automatically go from someone who wants equality, justice, autonomy and opportunity to a 1950s housewife who is at her husband's beck and call.

I choose to take my husband's name. Expressing my right to choose is the most feminist thing I could do.

I am a person who believes in feminism and all that it stands for. I am also someone who enjoys the idea of marriage and sharing a life with someone. The two don't conflict.

I believe everyone deserves to love whomever they choose regardless of race, gender or sexual orientation. I want everyone to have equal opportunity and pay. I believe we have the right to choose how we live our lives, whether that be with our bodies, our money, or our careers.

My preferences when it comes to my name do not change that. Rather, they encourage me to speak out more about the freedom of choice that feminism allows. Without my feminist beliefs, I wouldn't speak my mind, seek compromise or believe that I don't have to settle.

My feminism reflects who I am just as my traditional values do, and I won't apologize for being proud of both.